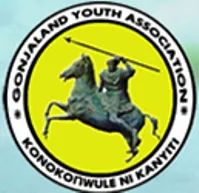 The Gonjaland Youth Association, East Gonja- Kpembe branch has stated that a self acclaimed Kpandaiwura and Nawuris do not have any rights whatsoever over Kpandai Land, and therefore cannot be seen to be arrogating to themselves any claim of right to give or deny permission to people to hold activities on Kpandai Land under the Kpembe Traditional area of Gonja.

The Nawuri Professionals Association in a petition to the Nothern Regional Coordinating Council dated 13th June, 2022 and signed by the President of the group Nyefene Vincent, expressed their displeasure of a planned Konkomba Cultural Dance

“We therefore with due respect wish to appeal to you to use your office as Regional Security Council to suspend the said activity untill further notice for a proper consultation to be done by the organisers of the even event and the permission from Kpandaiwura, the custodian of the land. We say this because there are some agitations growing up in the Nawuri Youth of which if care is not taken could lead to insecurity in Kpandai”; Mr Nyefene Vincent stated.

A letter from the East Gonja- Kpembe branch of the Gonjaland Youth Association to the Chairman of the Northern Regional Security Council dated 27th June, 2022 signed by the President Alhaji Abudu Hudu, in response to the Nawuri Professionals Association’s petition said; “We hold the strong and unchallenged view that Nawuris DO NOT have any rights whatsoever over Kpandai Land, and therefore, CANNOT be seen to be arrogating to themselves any claim of right to give or deny permission to people to hold activities on Kpandai Land.

The Gonjaland Youth Association, East Gonja- Kpembe branch added; “In paragraph 2 of the Petition in reference, the Petitioners are seeking to portray the so-called Kpandaiwura as the custodian of Kpandai Land, and for that matter should be recognized as such by your august office and given support as the rightful person to permit people to hold events on Kpandai Land.

“We, the youth of Kpembe Traditional Area of the Gonjaland Youth Association (GLYA), see this assertion by the Petitioners as misguided, a gross misrepresentation and very unfortunate, calculated purposely for the perpetuation of falsehood and an attempt to use a Public Office for their self-serving interest.

“We also find the Petition extremely worrisome, with a high potential to create insecurity and instability in Kpandai and its environs.

“We are, therefore, by this letter respectfully giving you notice of our displeasure and discomfort with this regrettable attempt by the so-called Nawuri Professionals Association to needlessly draw your august office into this disturbing falsehood”

Elaborating on some facts, the East Gonja branch of the Gonjaland Youth Association stated that the Kpandai Land, which is traditionally known as the Alfai Area, was duly assimilated into the Gonja Kingdom by Ndewura Jakpa, the Founder of the Gonja Kingdom in the early 1700’s and that the Kpandai Land has always been an integral part of the Kpembe Traditional Area of the Savannah Regional House of Chiefs of the Savannah Region.

The group further said; “The Kpandai Land has always been an integral part of the Gonja Land long before the arrival of the British in the Northern Territories in the year 1897 and the Colonial Authorities, including the Germans and British, who signed the various treaties of friendship, trade and protection with the peoples of the Northern Territories, also signed treaties which affected the Alfai Area with the Kpembewura at that time, as the Paramount Chief within whose jurisdiction the Alfai Area fell.

“Ownership of the Kpandai Land by the Gonjas was never in question by the Colonial Authorities, but was rather acknowledged through the classification of the Alfai Area as part of the East Gonja District under the Northern Territories Administration Ordinance of 1902”.

The East Gonja- Kpembe Gonjaland Youth Association also stated that; “The Kpandai Land was part of the East Gonja District until the year 2006 when it was carved out as a separate district, solely for developmental purposes, which was inaugurated in the presence of His Royal Highness Haruna Kibasibi, the Kpembewura at that time”.

The group said the Alfai Area (Kpandai area) is one of the three (3) traditional Pillars of the Kpembe Division of Gonja, which is under the care of the Kanunkulowura, the Chief of Lepo Gate under the Paramount Chief of Kpembe Traditional Area and that the only recognized Chief with jurisdiction over the Kpandai Land under the L.I. 2409 of 2020 is the Kpembewura who, as may be lawfully necessary, is the only Chief clothed with authority to legitimately exercise a right to give or deny permission to people to hold activities on Kpandai Land.

“Our respectful view is that the right of individuals or groups of people to practice their culture, tradition and religion is a fundamental right enshrined in the 1992 Constitution of Ghana which has to be respected by all citizens and authorities, including the Nawuris, the letter stated.

Meanwhile the Kpandai Branch of the Konkomba Youth Association said the read with shock, the content of the
petition by the Nawuri Professionals Association against the exercise of their Constitutional
rights as citizens of Ghana after they chose to organize a cultural dance competition to rekindle the desire of their people in the performance of their cultural dance.

Responding to the Nawuri Professionals Association’s petition in a letter to the Chairman of the Northern Regional Security Council dated 22nd June, 2022, the local President of the the Kpandai Branch of the Konkomba Youth Association Nalignakia Joel said;
“In the NPA`s petition, they stated among other things that the Konkomba Chief of Kpandai is a settler Chief and have no capacity to grant his people the right to practice their culture”.

The Konkomba group said;
“If we are to refer to history, for the avoidance of doubt, the Nawuri people could not be landlords. If the Konkomba people are settlers, then Nawuri people are settlers too. In the report by Mr. J. Dixon, Administrative Officer, Class I, on Representations made to the Trusteeship Council of the United Nations Organisation, concerning the status of the Nawuri and Nanjuros within the Togoland area of the Gonja District”.

The Konkomba Youth Association further said;
“Chairman, our argument is
that, the Nawuris are more settlers in Kpandai than us, the Konkombas”.

According to the Kpandai Konkomba Youth Association the leadership of the Nawuri and Nchumuru
communities in Kpandai a couple of months ago instructed the officers of the National Identification Authority in Kpandai not to register any Konkomba who indicates any community in the Kpandai District as his or her hometown and when they challenged this, the Human Resource Manager at the Kpandai District Assembly Mr Ndamile shamelessly pointed to a definition of hometown in someone’s research.

The Kpandai Konkomba Youth Association stated; “Ever since the Nawuri Professional Association (NPA) was formed some few years ago, we
have come to the realization that, their objectives and activities are not geared towards
promoting development in Kpandai but rather to plan and execute wicked and diabolic
activities towards the development of the Konkomba community in Kpandai with the full support of the DCE.

“Chairman, based on the issues raised, we are totally convinced that the objective of the Nawuri
community together with their para-groups is not to promote the peace and development of Kpandai but to plan and executed diabolism against the Konkomba Community.

“Chairman, the Konkomba Community in Kpandai are peace loving people, we are focused on
channelling all our energies towards the promotion of peace, unity and development in Kpandai. But
we will not allow ourselves to be taken for granted by any person or group of persons, talk less of the Nawuris or any of their mushroom groups such as the NPA.

“The Konkomba Community in Kpandai will continue to make intentional efforts to promote peace, unity and development in Kpandai. But the Nawuris should always remember that the gentle strides of the tiger is not a mark of cowardice.

“The Nawuris must also know that we will resist in relatively adequate measure should there ever be efforts to subjugate or undermine us in Kpandai and that all their activities and control should be
limited to their people, the Nawuri Community.

“The Nawuri Professional Association must know that, we are all settlers in Kpandai, and that is
evident in the reference quoted above and that instead of focusing their energies on how to destroy the
Konkomba Community in Kpandai, they are better advised to make calculated and intentional efforts
towards developing the people of Kpandai”.