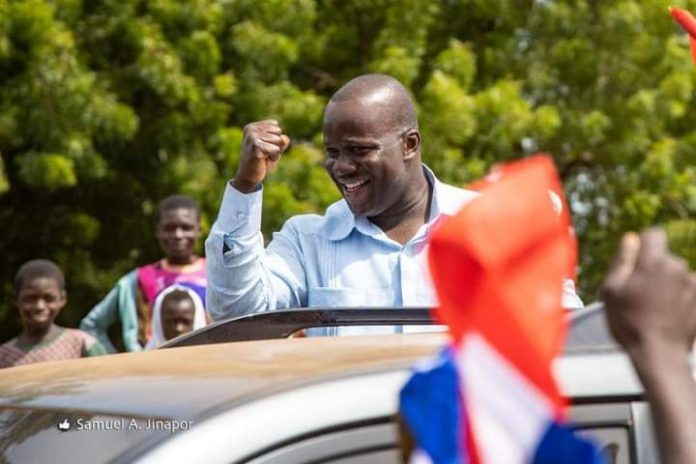 The Damongo-Kotito through to in Buipe road has been awarded to a contractor for work to commence later this year. This was disclosed by the Member of Parliament (MP) for the Damongo Constituency and Minister for Lands and Natural Resources Hon Samuel Abu Jinapor on Friday 24th June 2022 to the Chiefs and people of the Sor Number 3 during the commissioning of the electrification project for the some 3 farming communities in the Kotito electoral area.

He stated that plans are far advanced to commence three major road projects in the Savannah region.

Hon Abu Jinapor said;
“Myself and the regional minister were invited to the presidency to select three areas for road projects and we tabled before them the Damongo inner roads, Busunu-Daboya and the Damongo-kotito-Buipe roads”.

He added;
“I want to assure you that these road projects have been given on contract and will soon commence and shall be completed within reasonable time frame and we shall all benefit from them”.

He further stated that the government estimates to spend over 92 million Ghana cedis on these projects.

The Damongo MP commended the government for it’s intervention programs aimed at developing the country and entreated his constituents to give the Nana Akuffo- Addo led NPP administration the needed support.