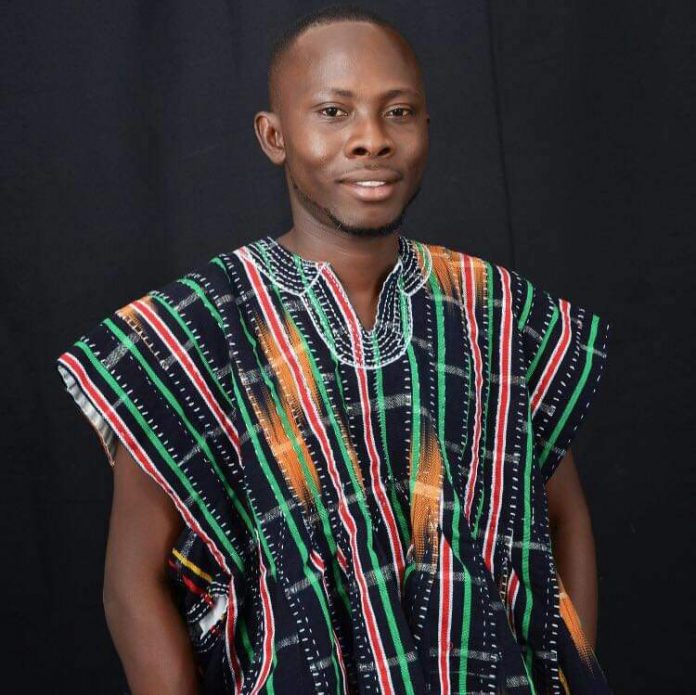 Mr Issifu Seidu Kudus Gbeadese who iss popular National Democratic Congress (NDC) Activist from the Savannah Region and a former Aide to the former Member of Parliament (MP) for Damongo Adam Mutawakilu Garlus has has called on the MP for the Damongo Constituency Hon Samuel Abu Jinapor and his New Patriotic Party (NPP) government to stop their continuous ‘stealing’ of John Mahama’s projects without any acknowledgement.

Mr Gbeadese responded to media reports that the MP for the Damongo Constituency and Minister for Lands and Natural Resources Hon Samuel Abu Jinapor on 24th June, 2022, connected 3 farming communities (Sori No1, Sori No2 and Sori No 3) in the West Gonja Municipality to the national electricity grid.

In write up on 25th June, 2022 and copied to Bole based Nkilgi fm he explained; “I have been keenly following the politics of Damongo and the activities of the MP for the constituency over some period now, and I deem it imperative to correct some misinformation about the rural electrification projects which were commissioned by the MP over the week”.

He stated; “The MP, Hon Samuel Jinapor and his government did not start these projects”.

According to Mr Gbeadese he read on some online portals and on the official Facebook page of the MP, Hon Samuel Abu Jinapor, “in which it was copiously captured that the MP commissioned rural electrification projects in Sor No. 1, 2 and 3”.

He said on the Facebook page of the MP, he clearly indicated that since 2017, the Akuffo Addo has connected 13 communities in the Damongo constituency and the MP took the pain to list those communities.

Mr Gbeadese said;
“I would like for the purpose of my readers, list those communities as listed by the MP before I proceed to make my case. The MP listed the following communities as those that the he and the Akuffo-Addo government connected the national grid: Kabampe; Kananto; Murugu; Mognori; Kojokura; Sumpini; Langantire; Bidima; Broto; Sor No. 1; Sor No. 2; Sor No. 3 and Soalepe”.

Mr Gbeadese added; “This is not the first time the MP laid claims to these projects as the sole initiative of his government. For the avoidance of doubt, these were projects that were started by the erstwhile Mahama administration in 2014/15. The execution period as per the attached documents was supposed to be 1,825 days (5 years) from 2014. This implies, the project was supposed to have been fully executed by 2019”.

Mr Issifu Seidu Kudus Gbeadese disclosed that the commercial agreement for the projects was signed on the 13th of November, 2014, between the Ghana government and China Hunan Construction and Engineering Group Corporation and the contract price for the project as per the attached documents was $180m.

He said; “Coincidentally, the time this contract was executed in 2015/15, the senior brother of the Damongo MP, Hon John Abdulai Jinapor was the deputy minister in charge of power. I remember the times we (the former MP, Hon Garlus and I) followed up to the office of Hon John Jinapor to facilitate other processes involved after rhe parliamentary approval. Again, the uncle of the MP, Hon Ali Bakari Kassim was the DCE for the West Gonja District at the time the data collection and other fundamental undertakings in respect of this projects, were done in his district. These two personalities are still alive and can attest to the fact that the communities listed by Hon Samuel Jinapor were all part of the 556 communities H.E John Mahama’s government was executing in the Volta, Eastern and then Northern Region”.

Mr Issifu Seidu Kudus Gbeadese also asked the MP for Damongo Constituency Hon Samuel Jinapor and his NPP government to explain to his constituents when the contract for the projects he commissioned ( Sor. 1, 2 and 3) were signed and started because according to the media reports, Hon Samuel indicated that he had fulfilled a promise he made to the people in these communities during the 2020 campaign period.

Mr Gbeadese also asked the role the Damongo MP played as part of the project execution and in what capacity did he play any such roles.

He further asked; “What happened to the rural electrification projects which were started by the John Mahama administration” and has “the projects been stopped, delayed, or the contract has been abrogated outright, or the ones commissioned on Friday are indeed the same projects Mahama started?”.

He said until any counter facts are provided the electrification projects from Murugu to Kabampe to Broto to Sor. No 3 are all John Mahama’s projects, and he must be acknowledged appropriately.

Mr Gbeadese added “This continuous ‘stealing’ of John Mahama’s projects by Hon Samuel Jinapor and his NPP government without any acknowledgement must stop”.