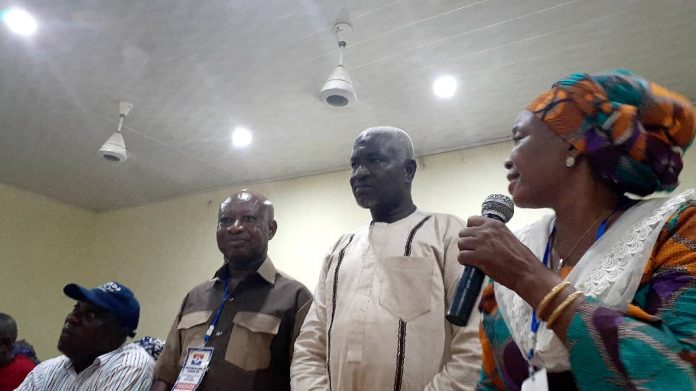 The election supervised by the Electoral Commission was successful with a total set of new executives elected.

In her welcome address before the elections the District Chief executive (DCE) for Bole Madam Veronica Alele urged all delegates to vote the those they think can steer the affairs of the party in the Bole-Bamboi constituency well.

She said there will be losers and winners but the NPP welcome those who will lose.

Madam Veronica Alele Heming also called for unity among all NPP members so they can work as one team towards 2024 general elections.

Dr. Soale Buah, the head of the NPP election commitee after swearing in the new executives urged them to work towards victory for the NPP since the ahead of them need dedication and hard work.

He pledged their preparedness to work with the old executives who lost their positions and called for unity and cooperatio among the rank and file of the party.