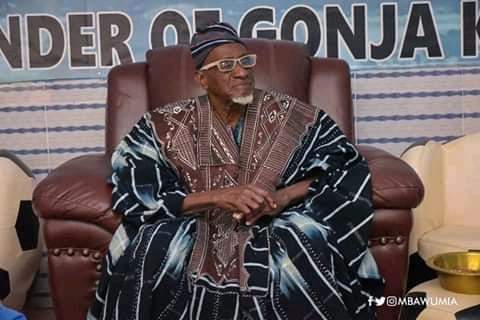 There is a tussle between the Chiefs and people of Damongo and the Catholic Diocese of Damongo over the ownership of the West Gonja Hospital.

A letter signed dated February 2022 from the administrator Frank Ameyaw Korsah who was instructed by the
Bishop Peter Paul Angkyier indicated that the name of the hospital has been changed from West Gonja Hospital to St. Anne’s Hospital to reflect its Catholic ownership.

The letter stated;
“Management has the pleasure to inform you that the Bishop of the Diocese has authorised for a change of name of the facility from West Gonja hospital to St Anne’s Hospital”.

The letter future said; “this initiative was taken to make the facility has its Catholic name and that the name West Gonja hospital was not registered with the register general department”.

This letter copied to some stakeholders infuriated the Chiefs and people of Damongo who have since sworn to get to the bottom of the matter.

On Thursday 31st March, 2022, a delegation of Chiefs, Elders and youth acting on behalf of the Jakpa Palace of the King and Overlord of Gonja Yagbonwura Tuntumba Boresa (I) confronted the Administrator and management of the hospital on what led to the change of name since according to them the hospital is not the property of the Catholic Church as they claim but a government hospital.

The delegation that met the administrator of the hospital on behalf of the Yagbonwura made it clear that the decision of the Bishop of the Damongo Catholic Diocese to change the name of the hospital with documents acquired in 2021 without consulting other stakeholders such as the West Gonja Municipal Assembly, the Municipal Health Directorate, and Traditional authorities was not only fraudulent but also a spite in the face of the Yagbonwura on whose land the Hospital is situated.

It would be recalled that doctors of the hospital laid down their tools with the medical Superintendent and others resigning.

The Bishop of the Damongo Catholic diocese has therefore been given an ultimatum of three working days to rescend the decision and apologise to the Chiefs and people of people of the Damongo.

Meanwhile,the Savanna Regional Police command has since invited the delegation after the hospital management had accused them of threatening to burn down the Catholic Bishop’s office if the name is not changed back to West Gonja Hospital.