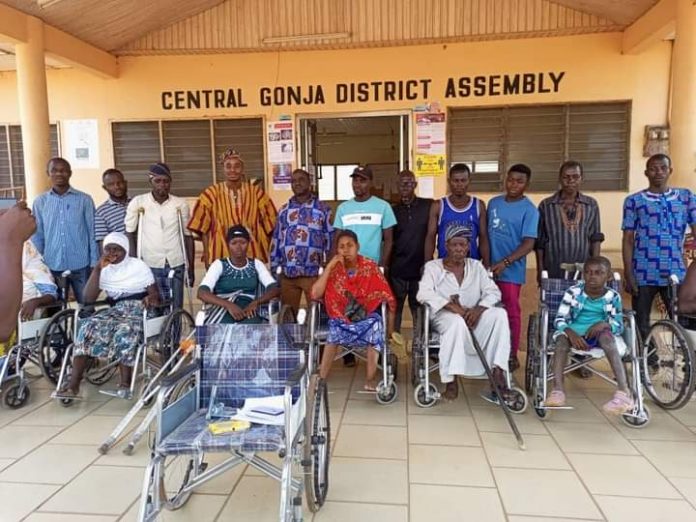 The District Chief Executive for the Central Gonja District of the Savannah Region Mr Iddrisu Salia Kamara has on 1st March, 2022 distributed 30 tricycles to People Living with Disabilities (PLWA’s) in the district.

In a brief speech during the distribution of the tricycles, Mr Kamara explained that were provided through funding from the world bank.

The Central Gonja DCE said the rationale behind the distribution of the tricycles is to give some sort of relief to the People Living With Disabilities in the district and to give them a dignified lifestyle as humans.

He appealed to the beneficiaries to take good care of the tricycles so them to last longer. He added that the tricycles are one of the many support extended to People Living With Disabilities in the district and promised to support them anytime when he gets the opportunity.

Assembly man for the Buipe electoral area, Hon. Baaki on behalf of the beneficiaries thanked the DCE for the kind support extended to them and used the opportunity to appeal to People living with disabilities in the district to join the association since that is the easiest way to and apply for support through the assembly system to enable them benefit from PLWA’s facilities.

One of the beneficiaries thanked the government, the DCE, the District assembly and the world bank for this support.