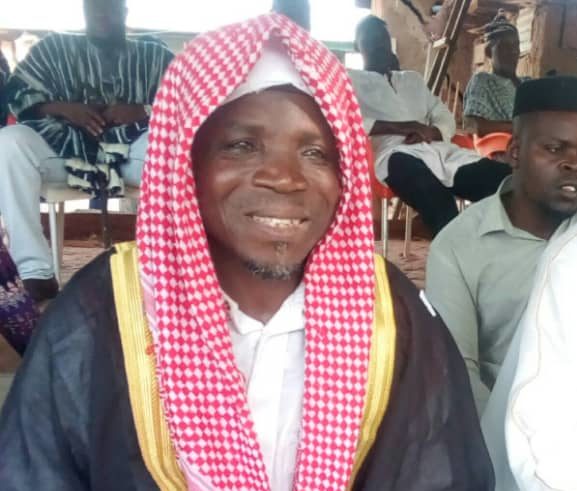 The Paramount Chief of the Buipe Traditional area and Vice-President of the Gonja Traditional Council Buipewura Abdulai Jinapor (II) has said that the Yagon Iman is the automatic Traditional and Customary Chief
Imam of Gonja Kingdom which same as the Savannah Region.

The Buipewura made this comment on 18th February, 2022 in a wahtsapp group called “Jinapor Philosopher” after the General Manager of Bole based Nkilgi FM, Mahama Haruna in a write up asked why the Yagbon Imam is not the authomatic Savannah Region Chief Imam.

Mahama Haruna also asked why a Savannah Regional Chief Imam will not be selected in accordance to the traditionally established structures of Islam in Gonjaland?

He asked if there was a broad based consultation and collaboration among the Imams of the various divisions of Gonja or the the District Imams for someone to be selected, accepted and recognised by all?

Mahama Haruna further said Gonjaland or Savannah Region cannot have a regional Imam whose ancestral lineage is not from Fatigi Morukpe or the Sapkare clan of Buipe, a lineage that provides the Imams for the Overlord of the Gonja state and that the existing procedure of choosing the Yagbon Imams must be respected.

The Vice-President of the Gonja Traditional Council Buipewura Jinapor II in response to these comments from Mahama Haruna said; “It is being rumoured that some scrupulous person is going round claiming himself as Chief Liman of Savannah Region”.

In a follow up comment on the Facebook timeline of Mahama Haruna Buipewura Jinapor II futher stated; “Nobody. Repeat Nobody can not or should claim himself as Savannah Regional Chief liman.

He added; “Any fraudster of ‘this’ shall be met with the full force he deserves”.

Earlier in April Buipewura, 2021, Buipewura Abdulai Jinapor (II said that the Imam of the King and Overlord of Gonja called Yagbon Imam is the permanent head of all Moslems In Savannah Region.

The revered Chief said every Yagbonwura is the permanent head of all Moslems in Savannah Region by Gonja Tradition and that Gonjas as a tribe are Muslims and Ndewura Jakpa came with his Mallam Fatigi Murikpe and his descendants who are the Sakpares.

Buipewura Jinapor (II) wrote;
“Gonjas as a tribe are Moslems. Jakpa came with his Mallam Fatigi Murikpe and his descendants are the Sakpares. Every Yagbonwura is the King and Overlord of Gonja Kingdom by inheritance. Yagbonwura is the permanent President of Savannah Region. The Yagbon Imam is the permanent head of all Moslems in Savannah Region by our Traddition. Period. No politics”.