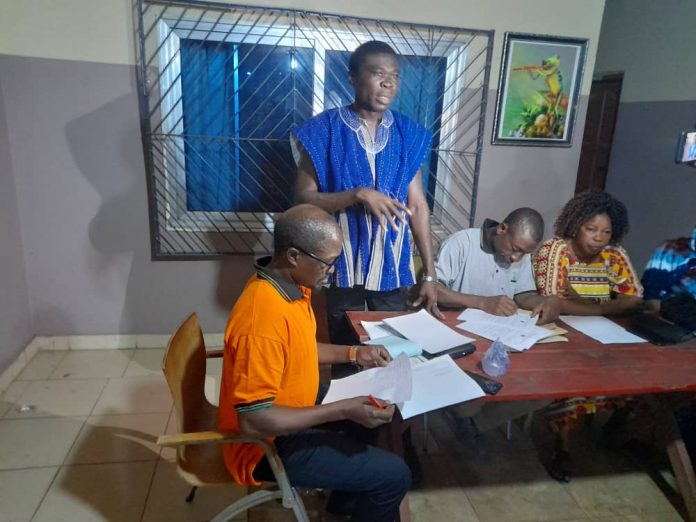 The Gonjaland Youth Association would hold its annual Congress at Daboya in the North Gonja District of the Savannah Region from from Thursday 24th March to Sunday 27th March, 2022 under the theme; “Improving Standards of Education in Gonjaland for Sustainable Development:The Role of the Youth”.

Election of new Executives would also take place at the Daboya Congress but the vetting of aspirants would be held in Damongo from 5th to 7th of March, 2022 at the Regional Coordinating Council conference hall.

Speaking at a Central Committee meeting of the Association at Kintampo in the Kintampo North Municipality of the Bono East Region, the President of the Association Alhaji Mohammed Amin said theme for Daboya Congress was carefully chosen as a result of the appalling performance of students at all levels in Gonjaland.

Alhaji Mohammed Amin disclosed that some illustrious members of GLYA have offered support to the entire Kingdom through the association and they will accordingly be acknowledged at the Durbar in Daboya for their support to Association and Gonjaland as a whole.

On the elctuons the President in his remarks admonished aspirants not to resort to dirty campaign as they prepare for elections in Daboya.

The Wasipe (Daboya) Branch Chairman of Association Mallam Majeed, briefed members of the Central Committee meeting on preparations to host the 46th Congress at Daboya.

He said the Paramount Chief of the Wasipe Traditional Area of Gonja Wasipewura Anyame Kabasagya and his elders, as well as the Member of Parliament (MP), the District Chief Executive (DCE) and all other stakeholders in that part of Gonjaland are working closely to ensure that, anyone who will be attending the Wasipe Congress will be thrilled with exciting activities.

Mr Majeed said they are making efforts to bus members of the Association to the Kapria water falls in the Wasipe Teaditional Area.

The Public Relations Officer of the Association Mr Borejinkpr Habibu Muftawu also updated the house on the Shea Tree traditional wrestling which is currently gaining attention in and around the Gonja kingdom.

Borejinkpr stated that, zonal bouts are being staged across Savannah Region and the zonal level champions will participate in the grandfinale in Daboya on Friday 25th of March 2022 as part of the activities to make this Congress unique.

On the elections of the Association Alhaji Sulemana Yussif, the chairman of the Elections Committee briefed members on measures being employed to ensure that this year’s election is appropriately conducted.

A member of the elections committee Mr Lampo gave details on some relevant information regarding the elections;

He first of all listed the positions that were available for interested parties as President, 1st Vice-President, 2nd Vice-President and General Secretary. Other positions to be contested for are Treasurer, Organizer, Public Relations officer, Women Organizer and Deputy Organizer.