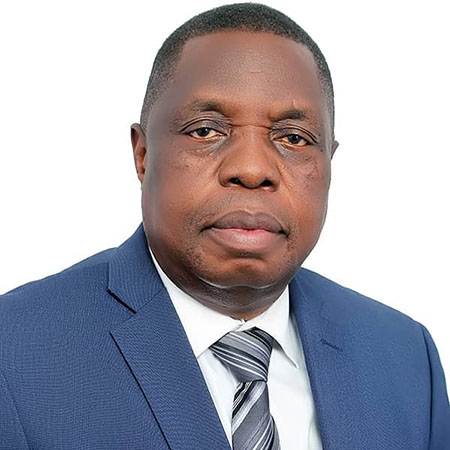 The Bono East regional minister Mr Adu Gyan has denied ordering for the arrest of Gonja Chiefs in the Kintampo North Municipality of the Region because that land for Gonjas belongs to Bono and Mo.

Mr Adu Gyan is reported to have allegedly stated that he will let police to arrest all the Gonja Chiefs in Kintampo North municipality that is from Babato to Benkrom.

He reportedly said; “You called yourselves chiefs. Let me tell you Gonjas are strangers in this area. The land belongs to Bono and Mo not Gonjas so don’t claim to be chiefs if not I will let police arrest all of you. As a regional minister of this region I won’t sit for people to take the land from my people. Go and tell your Paramount chief. I will deal with you all”

The Minister reportedly made these comments on 4th February, 2022 at a meeting held at the Kintampo Municipal hall with Bono Chiefs representing Nkoranzahene and Gonja chiefs representing the Paramount Chief of the Tulwewura Traditional Area of Gonja.

Meanwhile a statement issued by Mr Wiafe Akenten, spokesperson to the Bono East Regional minister on 5th February, 2022 said; “I wish to set the records straight that it is true there was a meeting of that sort which the minister was part; it is also true the Minister warned against any form of illegal installation of chiefs that has potential of breaching the peace and security of the area and that it is also true, he (the Bono East Regional Minister) said there is a case before Court waiting for judgement regarding custodian of the lands on that stretch (Babato to Benkrom).

Mr Wiafe Akenten stated that; “the Minister asked all parties to respect the status quo until court says otherwise. Under this score, he warned against anyone who installs chief in any of the communities under dispute without recourse to the laws of the land.

“He never referred to any specific tribe, community or even an individual on this call”.

The spokesperson to the Bono East Regional minister in his statement said; “It is also important to make it clear that, the Minister never made any declaration on the issue pending before Court and it should also be emphasised that, the Minister reminded everyone to be mindful of any action that has potential to breach the peace in the area that would take all funds from the assembly to restore peace.

He said the Bono East Regional Minister also made it clear that, it is the court that can help ascribe ownership of the land when it is disputed.

Mr Wiafe stated that; “Nana Karbato, the chief of Babatokuma, on behalf of the groups from the stretch even thanked the Minister for his initiatives and promised to relay the message to the superiors he never even mentioned their names.

“Following the foregoing, I will like to urge everyone who comes across such write up to treat it as malicious, mischievous, and deliberate attempt to blackmail the honorable regional minister for a vested interest”.