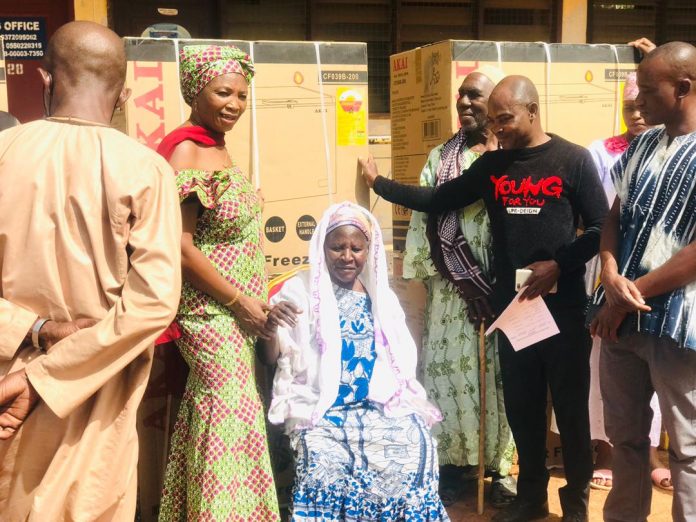 The District Chief Executive (DCE) for Bole Madam Veronica Alele Heming has donated seventeen (17) chest freezers, sewing machines and money to the disabled in the Bole district on 3rd January, 2022.

At a short ceremony Madam Alele stated that government of Ghana has allocated five percent (5%) from the district assemblys common fund to be given to the disabled and that what was given the beneficiaries was based on what they applied for.

“Some applied for sewing machines, computers, freezers while others demanded cash amount to start their mini businesses”; she said.

The Bole DCE urged the beneficiaries to put the items given them to good use so as to surmount difficulties they face.

A member of the fund management committee of the Bole Disability Union Mr Salifu Adama expressed his heartfelt gratitude on behalf of the union and gave thanks to the government of Ghana for thr care by allocating 5% of the district common fund to them.

He also thanked the DCE, Madam Alele for listening to their problems and accomplishing them so that they can always get a daily source of income.

Mr Salifu also entreated the media to play a crucial role by selling the image of the disabled to the world to get support from philanthropists.

On behalf of one of the beneficiaries Madam Meri Alhassan, her son, Mr Aziz Idddrisu thanked the DCE and the Hon Assemblyman for Nyimange electoral area Mr Alhassan Issahaku for assisting her mother to get the support.