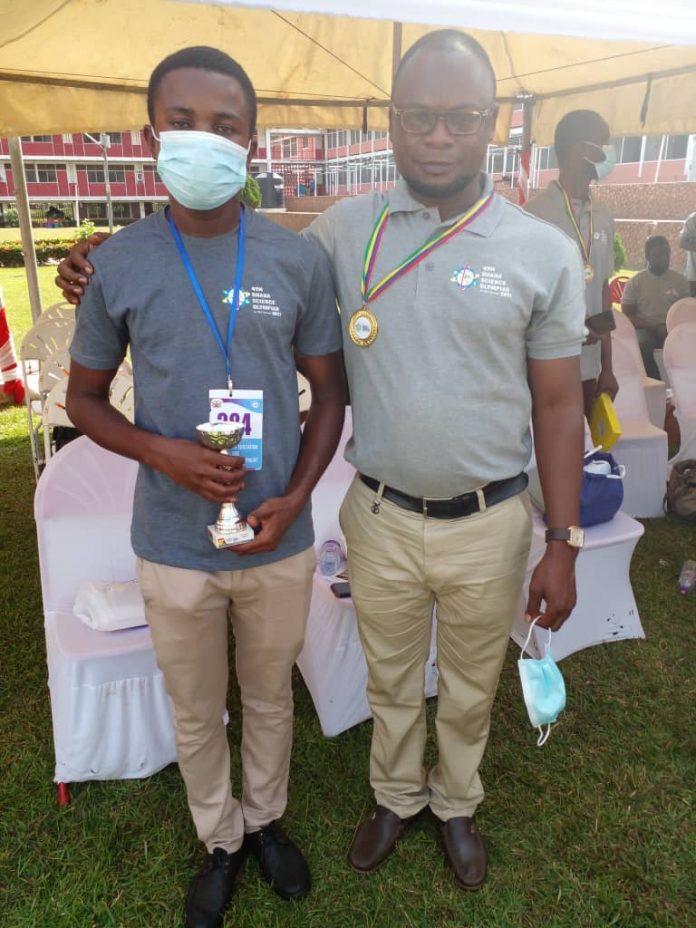 The Bole Senior High School (SHS) has won the promising Secondary Education Improvement program (SEIP) award at the at 4th Ghana Science Olympiad 2021, organised at the Kwame Nkrumah University of Science and Technology (KNUST) at Kumasi.

Even though no Northern zone representative at the programme made it to the top 10 out 72, Bole SHS won the promising SEIP School award.

A 2nd Year student of Bole SHS Samuel Addae was selected to represent Nothern Ghana for the 4th Ghana Science Olympiad (GSO) after placing 12 out of 120 students from the
Northern Zone Senior High schools during the 1st phase of the competition.

As part of the Secondary Education Improvement program (SEIP), the Science Education Unit (SEU) of the Ghana Education Service organised the 4th Ghana Science Olympiad (GSO) in preparation of students for Higher academic performance. The Olympiad is a competition that seeks to nurture in students critical- thinking skills and problem-solving approach to real life situations of interdisciplinary content and relevance.

Two best performing students (male and female) were selected from all schools in in the Northern Zone schools (Northern, Savannah, North East, Upper, West, Upper East and Oti Regions) to represent each school.

120 students took part during the Northern Olympiad with the students ranked with the first 12 participants selected for the next phase.

Samuel Addae of Bole Senior High School was the only student from Savannah region selected for the second phase of the Olympiad after a vigorous competition from 19th November, 2021 to 24th November, 2021.
The students were taken through the syllabus which was sent to all schools.
In addition, there was a test item (questions) on the use of ibox.