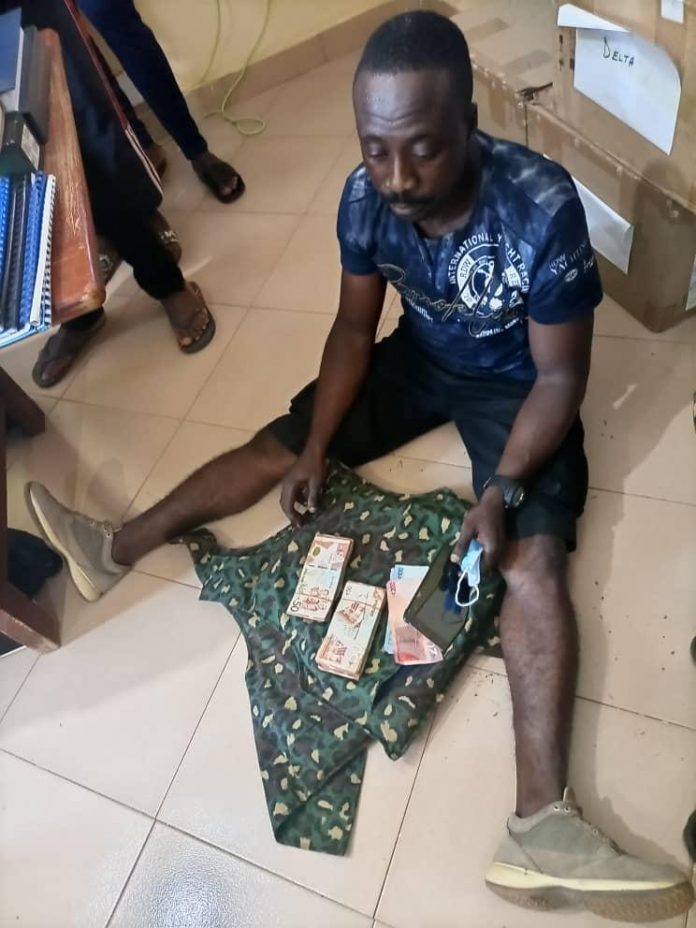 Ninety none (99) operation Policemen led by the Bole District Commander DSP Mr Benjamin Buxton, the National Investigation Bureau (NIB) Officer, the Immigration officer for Bole, and Officer in-charge Customs have arrested and brought in 3 Police men and 1 Immigration officer for allegedly stealing from small scale mining operators at a Galamsey Community called Kui in the Bole District of the Savannah Region.

The said officers were found with phones and sums of cash suspected to have been stolen from galamsey suspects who were arrested at the galamsey site during Operation Koundanlgou for engaging in illegal mining.

The Immigration officer, Assistant Inspector of Immigration Awuku Kumi Joseph was found with cash of GHc10,880.

The suspects are currently detained and the exhibits retained for investigations.

The four security personnel allegedly forcefully seized GHc5,000 from the care taker of a gold dealer at Kui near Tinga.

According to the allegations the security personnel made the caretaker to open his absent masters room last night and after a search found GHc15,000 and GHc60,000 separately and forcefully took GHc5000 of the money from the caretaker.

Speaking to Bole based Nkilgi FM on 26th November, 2021, the owner of the room Elder Isaac said he left Kui on Wednesday to Techiman but heard of some shootings by the Security personnel and the subsequent seizure of his money.

According to Elder Issac, 4 of the security personnel made his care taker to open the room which they scattered also took his money.
He said GHc15,000 of the money belong to his church with GHc60,000 being his personal money.