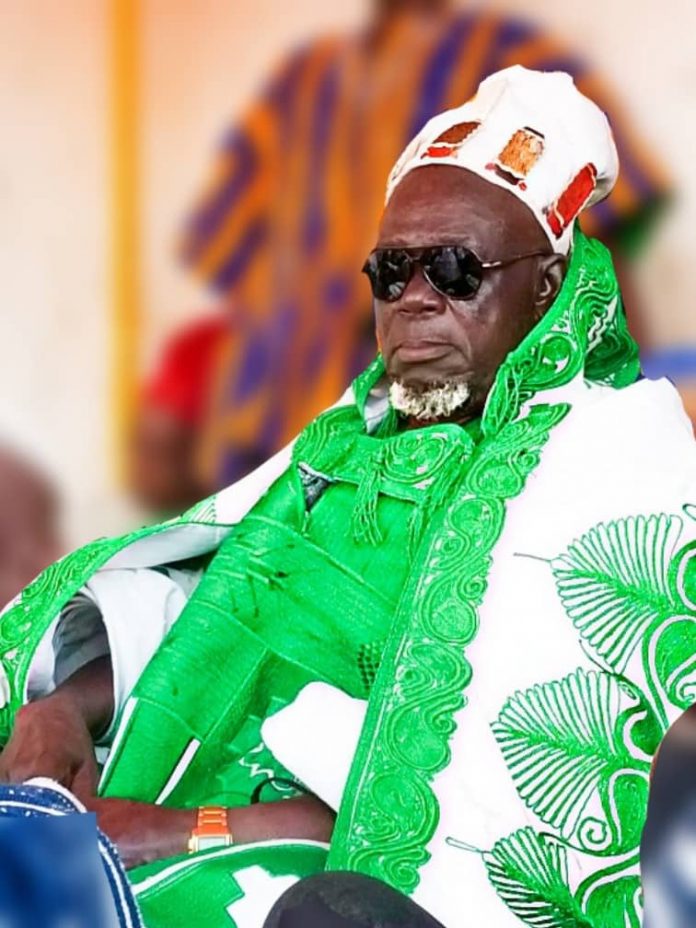 The Paramount Chief of the Bole Traditional Area Bolewura Sarfo Kutuge Feso (I) through his Secretary Mr Haruna Abdulai Obey has outlined how he intends to tackle a number of short to long term Socio- economic developmental issues in the Traditional Area.

Speaking to Bole based Nkilgi FM on 24th November, 2021, Mr Haruna Abdulai Obey said Bolewura Sarfo Kutuge Feso (I) has always expressed his profound gratitude to each and everyone in the Traditional that has contributed and continue to contribute towards the socio-economic development of the traditional area and that the Bolewura has outline some actions to be taken on Security, Education and socio- economic development.

On Security Haruna Abdulai Obey said; “As part of efforts to boost the the work of the Ghana Police Service in the Traditional Area (Bole & Sawla-Tuna-Kalba Districts), we are working towards the creation of a Divisional police Command in Bole.

He disclosed that delegation made up of Sub- Chiefs, Queen mothers, the Member of Parliament (MP), the District Chief Executive (DCE) and Chief Imam would in the first week of December 2021 visit the Inspector of Police (IGP) and the Ministry of Interior in connection with the establishment of Division Police Head Quarters in Bole”.

On Education Bolewura’s Secretary said; “Education is dear to the heart of Yiram Bolewura Sarfo Kutuge Feso (I) and he is committed to it and in view of this the Bole appoint a standing educational committee to be put in place immediately and the committee shall made up of 21 members.

He added; “The work of the committee shall include; paying a working visit to all Basic and Senior High Schools in the Bole Traditional Area to find out the real situation and problems of each basic school leading to the formulation of pragmatic solutions to quality basic and second cycle education and that
the Savannah Region Council of State Member and and sub-Chief of Bole, Kpongriwura Adam Zakariah has been duly appointed as the consultant in the educational sector for the Bole traditional area.

On the establishment of a Teacher Training College in Bole, Mr Haruna said the committee shall in collaboration with the Bole and Sawla-Tuna-Kalba district Assemblies in the Traditional Area look at options like using one of the existing basic school structures to kick start the activities of the training college while seeing to the establishment of a campus later; meeting with government to establish a complete training college campus first.

Speaking on the socio-economic development of the Bole Traditional Area, Bolewura’s Secretary said the elevation of the Bole District Assembly to a Municipal Assembly is very important and urgent and that the Bole Traditional Council in collaboration with the Bole District Assembly shall organise a forum on this subject matter on or before December 2021 to come with a communique which shall be presented to government for consideration and approval.

Mr Haruna said; “the Bole Traditional Council under the able leadership of Bolewura Sarfo Kutuge Feso (I) as a matter of urgency charged the Bole District Assembly to build a modern central market in Bole. This is a wake up call to our District Chief Executive for Bole Madam Veronica Alele Heming”.

He said the transformation of the Bole Royal mausoleum (Banzen) is on the pipeline and a planning committee will be sworn in in November, 2021 to kick start the mobilization of funds for the construction.