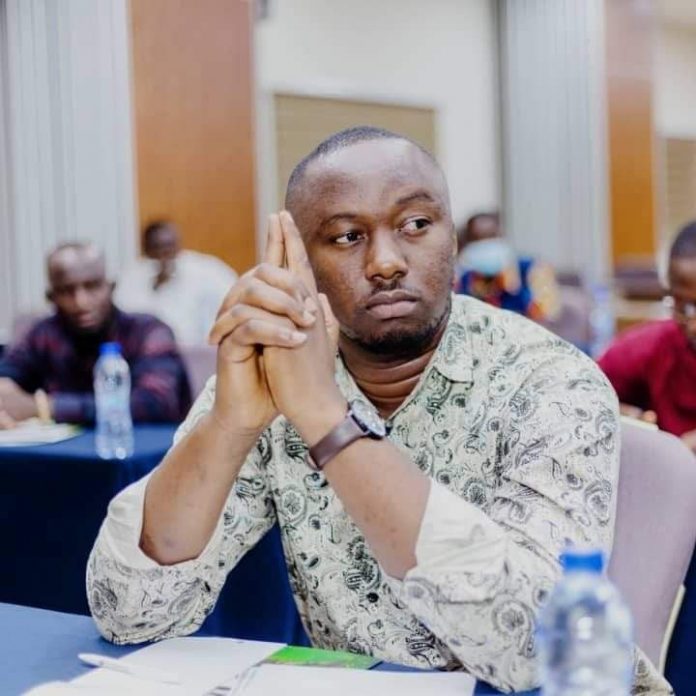 The Savannah Region Communication Officer of the National Democratic Congress (NDC) Mr Malik Basintale has told President Akufo Addo and Finance Minister Mr Ken Offori Atta to let their children who have been appointed into government positions show Ghanaians their entrepreneurial skills by starting their own businesses.

Mr Malik Basintale made these statements when he was on TV3’s morning show on 19th October, 2021 monitored by Bole based Nkilgi Fm.

He said, the Government has failed woefully in the area of creating and sustaining Jobs for the mass unemployed youth in the country.

Mr Basintale made these comments at the back of a statement by the Finance Minister Mr Ken Ofori-Atta that the employment sector is choked and therefore ca not absorb new graduates.

At a graduation ceremony at the University of Professional Studies, Accra (UPSA), Mr Ofori-Atta explained that 60% of Ghana’s revenue is spent every month on the payment of salaries of public sector workers.

He said;
“That payroll is full because Government is spending some 60% of our revenue on remunerating some 650,000 people. Which is not sustainable.”

He told the graduating students; “You have the skill set to be able to do what you have to do. Our responsibility as a government is to create the environment and the macro stability, currency stability and ensure that you have access to the relevant skills and financing.”

But Malik Basintale has since urged President Akufo Addo and his Government who promised Ghanaians of creating thousands of employment opportunities to the youth to let their family and friends who have been fraudulently appointed into various government positions to resign and take entrepreneurial roles like Kenkey Sellers, Taxi drivers, as examples to the youth.

He said how can a person who has studied to be positioned as a Doctor, Nurse, Teacher etc after all these years of sacrifice be told there are no jobs whiles the President Akufo Addo charters luxurious Private Jets for a whopping £15,000 per hour flight to take his bath and watch movies and yet tells the ordinary Ghanaian there are no jobs.

Mr Malik Basintale wonders how NABCO personals who were promised by President Akufo Addo to be absorbed into the employment sector have been disappointed as NABCO comes to an end soon.