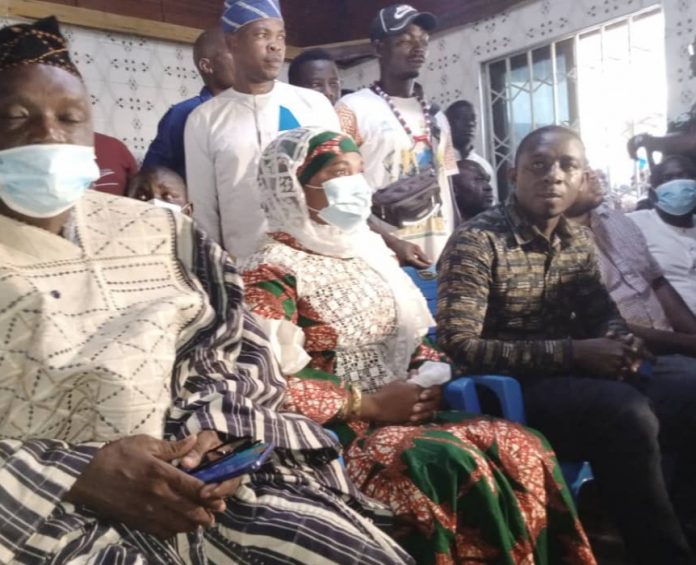 The people gathered at the New Patriotic Party (NPP) party office, danced through the principal streets of Sawla and stopped at the Sawla View Hotel and restaurant to wait for her.

The excited people made of women, youth and NPP party members met Madam Losina Barikisu and some Sawla-Tuna-Kalba and Constituency Savannah Regional Executives of NPP.

At the Sawlawura’s palace, Sawlawura Abudulai Iddrisu Nungbaso advised Madam Losina Barikisu who is the DCE nominee to work with all the other aspirants who were also yearning for the DCE position.

She entreated Madam Barikisu to respect everyone.

Speaking to Nkilgi Fm, Madam Losina Barikisu thanked the Sawlawura and his Imams for their support and prayers.

Madam Losina Barikisu also thanked the people of Sawla-Tuna-Kalba District for the love shown her and has promised everyone that her doors are opened anybody in the district.

She added that her position is for in the district, irrespective of your political affiliation, because the NPP is ready to “break the 8”.

She also pleaded with her people in the district that all that has happened is past and all must focus on today and the future. She said who ever wrong anybody in the district should all forgive each other and let the development of the district be their target.