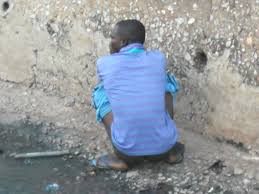 The Environmental and Sanitation Health Unit of Bole District arraigned Twenty people from Mandari in the Bole District of the Savannah Region on 23rd September, 2021 to face the Bole Magistrate Court for lack of toilet facilities in their households.

Two Persons reported to the court premises for the trial.

The Bole Magistrate courts Judge, His Worship Prince Cudjoe in his ruling gave the offenders three weeks to construct toilet facilities in their households or else will face fines or prison terms.

The Environmental and Sanitation Unit is embarking on a massive campaign to stop open defecation hence will be arresting owners of households who don’t have toilet facilities at homes.

In another court story, the Forestry Department in Bole District of the Savannah Region on 23rd September, 2021 arraigned before the Bole Magistrate Court two Persons who engaged in illegal felling and processing of Tress in its Forest reserve at Chanchire a Community in the Bole District.

The two Sulemana Kweku age 32 and a trader and Yaw Elvis age 26 and a student from Burkina Faso, but residents of Wa in the Upper West Region.

The Patrol team of the Forestry Department says upon a tip off they were dispatch to Chanchire and after a thorough search in the forest reserve, they were able to arrest the two Persons who were busily harvesting the tress.

A search conducted on them in the reserve revealed one Chainsaw machine, Two gallons of petrol, One tricycle and a Motor bike.

The case presided by His Worship Prince Cudjoe convicted them on their own plea of guilty to a penalty of 50 points unit, which translate into GHc 600 or in default face three months in Prison.

The chainsaw machine, two gallons of petrol have been confiscated to the State while the tricycle and Motor bike has been released to them after they paid the fine.