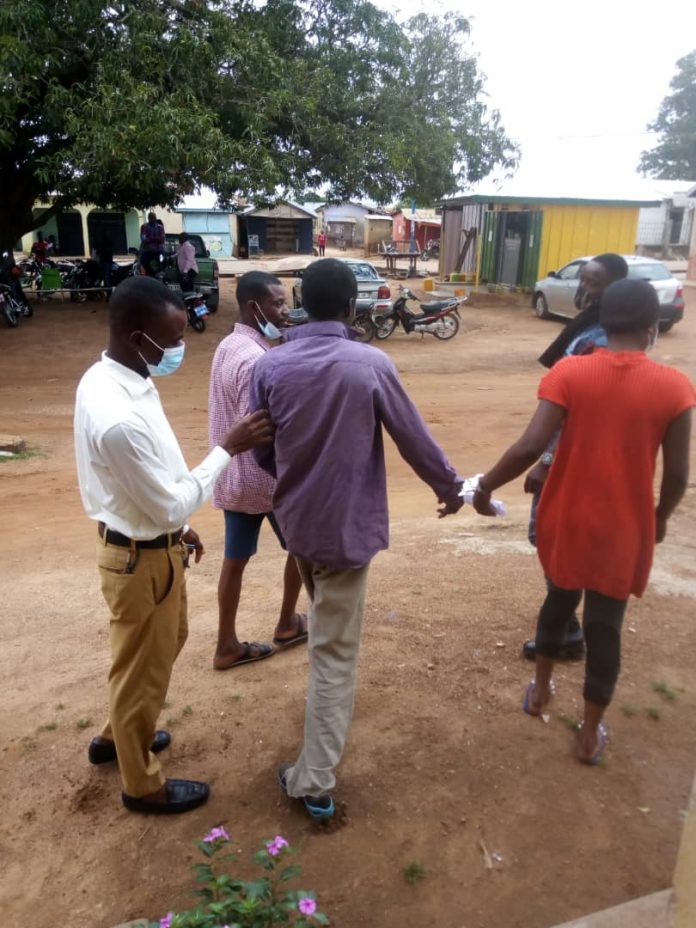 Bole District: Woman Arrested at Maluwe And Arraigned before court for possession of slabs of “Wee”

A Trader by name Memunatu Mohamed has been arrested and arrange before the Bole Magistrate Court for possession of slabs of substances suspected to be Indian hemp.

Bole based Nkilgi Fm’s enquiries says Memunatu Mohamed aged 33 was arrested on the 10th of September, 2021at Maluwe, a Community under Bole District of the Savannah Region.

She was arrested in possession of ten (10) slabs of substances suspected to be Indian hemp without authority which goes against Ghana’s Constitution under section 37(1) of the Narcotic control Commission ACT, 2020 (ACT 1019) and subsequently arraigned before the Bole Magistrate court on 13th September, 2021 with hearing continuing on 22nd September, 2021. The case has been adjourned for the Police to begin preliminary investigations

The court hearing was presided by His Worship Prince Cudjoe at the Bole Magistrate Court.

The Prosecutor of the case on behalf of the Republic of Ghana failed to appear with evidence to prosecute the case.

His Worship Prince Cudjoe of the Bole Magistrate Court had no option than to adjourn the case to the 23rd September 2021.

Meanwhile would two Fulani kidnappers were also arraigned before the Bole Magistrate Court on 22nd September 2021 but the Prosecutor lacked enough evidence to proceed with the court hearing.

The Prosecutor said the lack of witnesses to come forward to give evidence is stalling the investigation.

The Prosecutor and the Police have been charged by the Presiding judge his Worship Prince Cudjoe to investigate and bring forward witnesses statement so that the case can proceed to be heard in his chambers because without witness evidence he can not admit the case into hearing.

The case has been adjourn to Friday 24th September 2021.