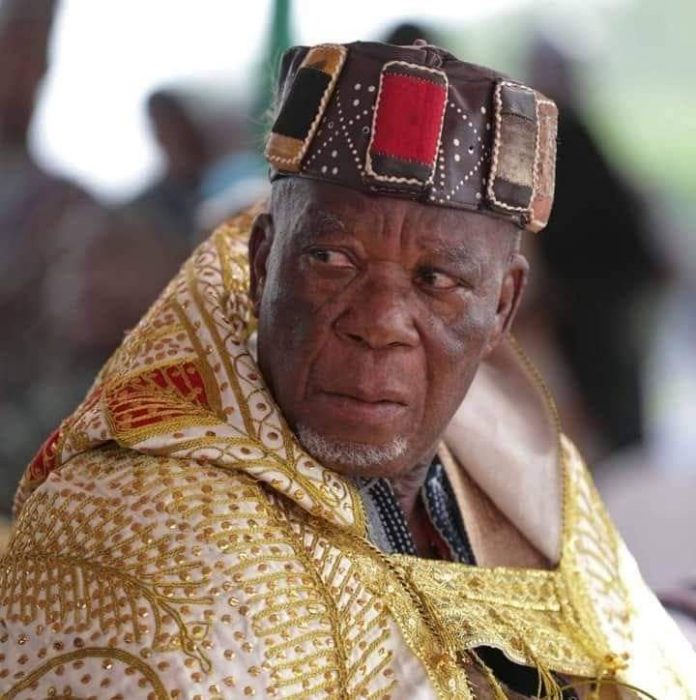 The Paramount Chief of the Buipe Traditional area and Vice-President President of the Savannah Regional House of Chiefs Buipewura Abdulai Jinapor (II) has bemoaned the high rate of gross disrespect for Chiefs and the elderly in Gonjaland by the youth.

Buipewura Jinapor (II) in an address during a regional Consultative Forum with the Youth on the Environment and Sustainable Development held on on Saturday 28th August, 2021 at Damongo charged the youth to be mindful of their language especially on social media including WhatsApp platforms.

He said most of the write-ups denigrate the status of the Chiefs in the region to the outside world and urged the youth to put the chiefs into the shoes of the their fathers at home and see whether the insults and vulgar language will suit their fathers.

The revered Chief Buipewura added that the Ashanti Kingdom headed by the Asantehene has banished one Twene Jonas, a US based Ghanaian from the Ashanti Region who on daily basis insults the Chiefs of the kingdom.

Buipewura Jinapor again advised the youth to take into consideration the fact that the chiefs in the region have children like them and that alone should earn them respect.

Disrespect for the elderly by the youth will always lead to the setting of bad precedents in the region and also end up pushing the youth into acts that will make the society ungovernable in future if care is not taking.

He advised the youth to mindful of what they put out on social media platforms since the entire world sees them to be coming from homes that lacks proper training and up bringing.

Buipewura Jinapor said”It is taboo but some of you the youth excuse to say write as if you don’t have fathers”.

He added; “we have children we brought up like you and even if you think we err, find our numbers and say oh Chief Buipewura this and this and we will take your opinion…we are also some people fathers and it pains them when you insult us…the way you treat your father in the house try and treat us like that”.

“So please always respect not only the Chiefs but every elder older than you whether poor or rich, whether literate or not literate”.

Meanwhile, youth groups in various areas in Gonjaland and the Savannah Region have been handed the power by the Buipewura led commitee of eminent chiefs to lead the enforcement of the ban on commercial charcoal burning, rosewood felling and group hunting in with the Buipewura charging them to confiscate any charcoal that attempts to leave the soils of the region effective 29th August, 2021.

Buipewura Jinapor has also on behalf of Yagbonwura dissolved the Bolewura chaired environmental protection committee set up in May 2021 to stop the ban of the activities of rosewood felling and commercial charcoal business activities in the region.

Buipewura Jinapor (II) will now chair a five eminent chiefs in the Regional House of Chiefs to take charge of the total ban of the illegal activities.

Explaining further, Buipewura said his committee is declaring war on commercial charcoal burning and logging and the youth is hereby recruited as soldiers to help fight the menace.

He said; ”We will be in our rooms as commanders giving you instructions and the needed support”.

No vehicle should be allowed to carry logs or charcoal more than five bags out of the Savannah Region”.