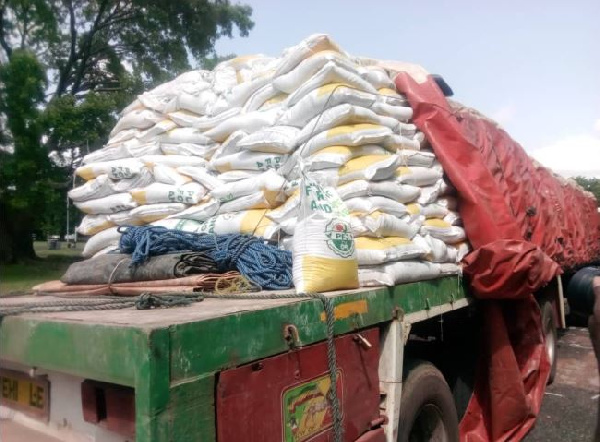 There is a shortage of fertilizer in the Savannah Region that has affected farming activities in the region resulting to the cutting down the number of acreages of land they had planned to farm this year.

The little available fertilizers that finds it’s way sometimes into the region according to the farmers is the non-subsidized type which in the open market is sold between GHc180 ro GHc200 per bag, making it very expensive for the poor farmers to buy.

It is also very difficult to come by fertilizer under the government subsidy programme and also in the open markets in the region affecting crop cultivation in the region.

Many of the farmers said due to the unavailability of the subsidized fertilizer and high cost of fertilizers in the market, they are cutting down the number of acreages they used to farm in the previous years.

A peasant farmer in the Damongo Municipality, Mr Seidu Adams Amanga in an interview with Nkilgi FM’s Damongo correspondent on 12th August, 2021 said he is likely to quit farming since there is a higher cost involved in farming as a result of the non availability and high cost in the prices of fertilizers. He warned however that they could be famine in the region if adequate steps are not taken to bring in fertilizers into the region to support them.

He used the opportunity to appeal to the Nana Akufo-Addo to look up to his ancestors to supply fertilizers to the region and also appealed to the government to consider plight of farmers especially in the region and immediately come to their aid by making the commodity available since farming is their main occupation in the region.

Meanwhile, the Ministry of Food and Agricultural (MoFA), has admitted to challenges with the supply of fertilizer to farmers to boost agricultural production in the country and blaming the situation partly on the global impact of the COVID-19 pandemic.