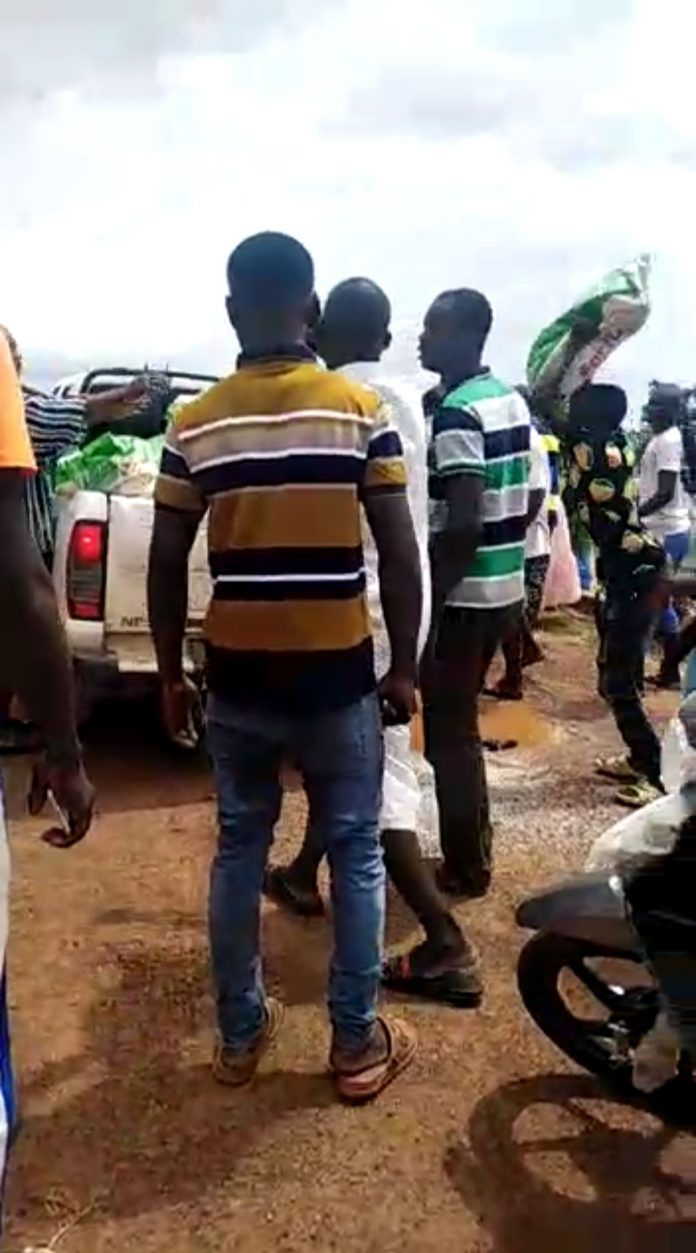 The Youth of Bususu in the West Gonja Municipality of the Savannah Region have rejected a number of mini bags of fortuna rice from the Member of Parliament (MP) for the area Hon Abu Samuel Jinapor, who also doubles as the Minister for Lands and Natural Resources.

In a viral video shot by an amateur photographer, one could see some young men throwing back bags of rice that were offloaded back into a Nisssan pick-up with registration number GC 2302-18.

They could be heard saying; “we need jobs not rice” in English language as well as “we are here but you people are selling Jobs”; “no occasion will take place here”; “go and tell Abu Jinapor he is fooling us”; “put the rice back and go away” in the local Gonja dialect.

The pickup could be seen speeding off with shouts of “away! away!”

Further reports Bole based Nkilgi FM gathered from from Busunu, a community that voted massively for Hon Abu Jinapor indicates the Youth took the action because the Damongo MP as a candidate, promised them of his readiness and determination to offer them jobs should they vote for him which they did but he has failed them so far.

The youn men have alleged the MP and his associates are selling security and other employment opportunities to them for not less than GHc10,000 per head and thatbhe has stopped picking their calls and not returning them.