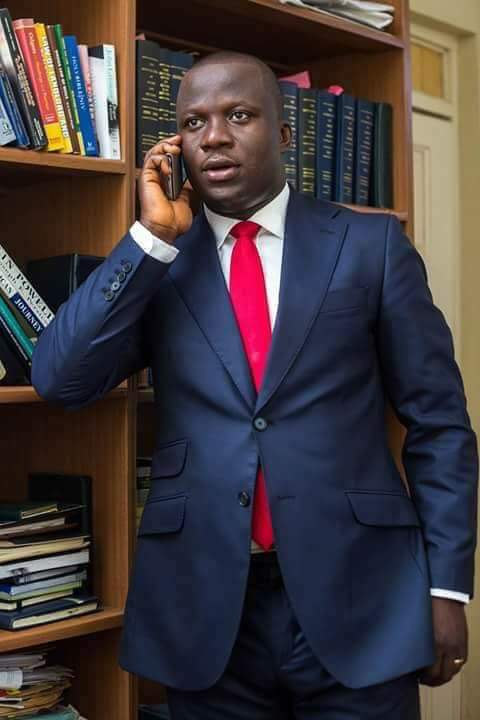 Mr Bawa Fuseini who is the Coordinator of the Office of the Member of Parliament (MP) Damongo Constituency Damongo has said their attention has been drawn to an unfortunate and misleading statement issued by a group styling themselves as Concerned NPP Youth of Vagla.

A statement signed by Bawa Fuseini dated 16th July, 2021 said; “The faceless group accuses Hon. Jinapor of waging a a vile campaign against Vaglas in his attempt to impose his so called favorite as the DCE of Sawla”.

Mr Fusheini said; “Firstly, the allegations contained in the said statement are false, misleading and amounts to total fabrication. Hon. Jinapor, over the years has demonstrated that he is a person and politician who is embraces all persons and tribes across the country. In his own constituency of Damongo, he recognized and worked with all tribes including Vaglas.

Secondly, Hon. Jinapor has absolutely no interest in who becomes the DCE of Sawla and any district or municipality in the Savannah Region”.

Bawa Fuseini added that; “As has always been the case, Hon. Jinapor’s only interest is how to continue to contribute to the building of the NPP in the Savannah Region”.

He added; “This office calls on the general public to disregard these allegations and treat them without the contempt they deserve. Hon. Jinapor remains an MP and Minister for all regardless of ethnicity, religion and political affiliation”.

A group calling itself Concerned Vagla of NPP in the Sawla-Tuna-Kalba constituency of the Savannah region has issued a statement on 15th July, 2021 accusing the MP for Damongo constituency and Minister for Lands and Natural Resources, Samuel Abu Jinapor of discrimination against the Vagla tribe in the area.

A statement signed by two members of the group Justice Tokoro and Jacob Dumakawe alleged that the Damongo MP “publicly made an emphatic statement that it will take his dead body for a Vagla to be appointed as the DCE for Sawla-Tuna-Kalba”.

According to the group they are getting widespread information in Sawla-Tuna-Kalba constituency that Abu Jinapor, the Minister for Lands and Natural Resources has publicly made an emphatic statement that it will take his dead body for a Vagla to be appointed as DCE for Sawla-Tuna-Kalba.

The Concerned Vagla of NPP in the Sawla-Tuna-Kalba constituency said; “The quest for Lawyer Jinapor to be seen as the most powerful politician in Savannah today, coupled with his vice presidential ambition is making him over stretch his boundaries. Today, he wants to influence all the appointments of the MMDCEs in the Region to satisfy his interests but not that of the party. We have never seen Abu in the campaign process of Sawla-Tuna-Kalba constituency and he should not pretend to know the dynamics of the constituency than the inhabitants of the place”.

The Concerned Vagla of NPP in the Sawla-Tuna-Kalba constituency also said;
“If not for his personal agenda, today Abu is asking the president to appoint Barikisu Losina as the DCE for Sawla-Tuna-Kalba when he should have known that the lady in question is a first time voter in the constituency.
He should have also known that the husband of Barikisu is a strong NDC in Daboya and was among those who tormented NPP members in the area.
Why should we empower such a family? He should have also known that the entire background of Barikisu is NDC with the exception of her mother. She can’t add any significant votes to NPP if given the nod.

They asked why others work and a new person who doesn’t know the constituency be given such a privilege position just because of a so called powerful individual?

The Concerned Vagla of NPP in the Sawla-Tuna-Kalba constituency also said; “we heard that Lawyer Jinapor has indicated to the leadership of government that the lady in question is influential in the constituency. It is palpable falsehood. She has never been part of the activities of Sawla-Tuna-Kalba constituency. Apart from the dislike of the Vaglas in the contest on the grounds of their tribal orientation, which most likely is influencing the choice of Lawyer Jinapor, all the candidates have more superior qualifications as well as experience than the lady. They have also served the party in different capacities than the lady. Her performance in the Regional and the National vetting is there to confirm our claim.

They also said; “All the different tribes in Savannah Region should be given an opportunity to participate in the governance process. Vaglas in Damongo and its surroundings like Gurpe supported the bid of Lawyer in becoming MP and voted massively for him and the least reward we expected from him is a thank you but not to victimize our people. In helping him to succeed we made some Vaglas in Sawla-Tuna-Kalba to cross to Damongo and register there as voters to enable them vote for him. Like we said from the beginning, we don’t believe that our respected Lawyer will ever say such a thing. But if we get to know that indeed it has been said as being alleged, we will pull out all our people from the constituency.