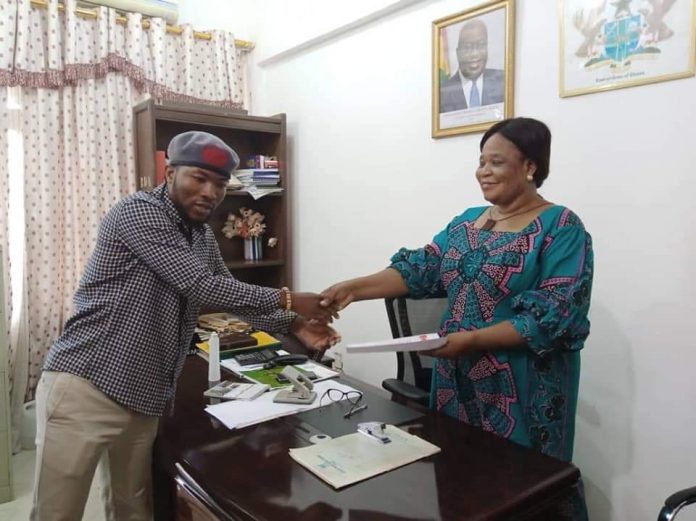 The group has given a two week (14 days) ultimatum to the Bole District Assembly to fix the streetlights in Bole town or they take the next action, which he said won’t be in lovely.

The petition of the Concern Youth of Bole delivered their petition to the Bole District Assembly which was received by the District coordinating Director Madam Georgina Tumbakorah on behalf of the Assembly with copies presented to the Palace of Bolewura Sarfo Kutuge Feso (I) and the Bole District Security Council.

The convener of the group Mr Rafiu Haruna when reading the petition at the Assembly said the petition seeks to draw the attention to what they consider as issues that are unjust, unfair and ought to be addressed expeditiously.

“We are here this morning to register our displeasure at the faulty streetlights and deplorable speed ramps in Bole township. This issue has been lingering for some time now amidst several calls to get it fixed. We want to state in no uncertain terms that power belongs to the people and that when trusted with leadership, one must act in the interest of the people.

“Bole township’s streetlights, which once provided light along important streets in town, are now dysfunctional and as a result, our potholes-ridden roads have become potential death traps as well as fertile grounds for thievery and robbery.

“Many people have expressed security concerns about recent happenings on our highways. In recent times, we’ve had to endure terrible times on our roads with unfortunate victims been subjected to irreparable damages”.

He said a quintessential case of the streetlights is the painful death of one Abdul Fatawu Asumah also known as “Dancegod”, who died at the early hours of Tuesday night 15th June, 2021.

Mr Haruna said one Abdul Fatawu Asumah is not the first, but the latest to be added to the long list of individual who have suffered roadside attacks have since narrared to the group their ordeals.

He said the group are also at the assembly to deliver the petition for the many businessmen and women who are afraid to operate beyond certain hours in the night.

He said their checks have revealed that an estimated amount of a little over 5000 Ghana cedis can fix the problem and that the District Assembly has an expert trained by Prefos Electricals Center (the company that installed the streetlights) in streetlight installation and management.

The Convener of the Concerned Bole Youth also said they have lived through times when streetlights were functional, and now witnessing the suffering of the latter. He said the distinction is obvious and for that matter, they demand an immediate response to the issue in order to protect lives and secure the streetlights for both pedestrians and automobiles.