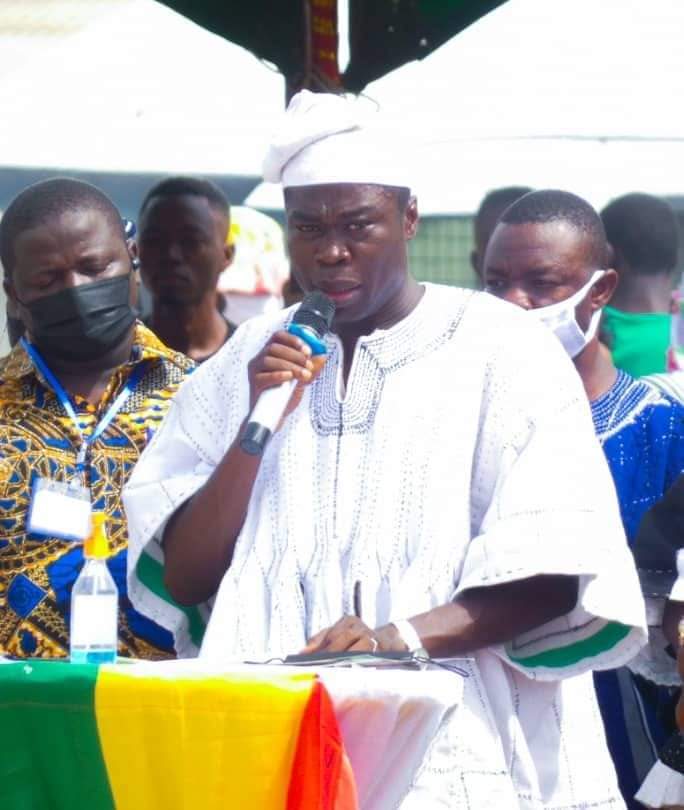 The Gonjaland Youth Association has stated that they will not trade their Traditions and Customs for anything as far as the Gonja Kingdom is concerned.

A statement signed by the President of the Association Mohammed Amin Osman (Esq.) said; “The Gonja Traditional Council is governed by the customs of Gonja and there is no point where the traditional authorities will compromise on the rules of custom that have shaped the kingdom”.

The Gonjaland Youth Association made these statements in response to comments by the President of the Ghana Catholic Bishops’ Conference and the Metropolitan Archbishop of Tamale, Most Rev. Philip Naameh during the 25th Anniversary Mass of the St Anne’s Cathedral at Damongo on 5th June, 2021 that the Gonja Traditional Council should establish Paramountcies for the various ethnic groups in Gonjaland.

Mr Mohammed said.
“We have followed keenly the comments on the statement attributed to Archbishop Philp Naameh calling for paramountcies to be created for other tribes of the land by the Gonja Traditional Council and I wish to put on record that, the institution of chieftancy is governed by recognised customs and the laws of Ghana.

“The 1992 constitution of the Republic Ghana under Article 11 recognises customary laws and indeed, Gonja customs are sacred and uncompromising.

“I find it inappropriate for such statements to be made without the appropriate recourse to our Traditional Authorities whose authority shall be required to ensure that such a call is placed in its proper perspective”.

The Gonjaland Youth Association said the 1992 Constitution of Ghana under Article 277 defines a chief and indeed, per the definition, it is trite that no one can ascend to a paramouncy without fulfilling all the requirements under the Constitution as well as the customs and traditions of Gonja.

“The Gonja Kingdom has the most inclusive traditions with unique roles by several other groups like Hanga, Tampluma, Safalba and Choriba and others as forming part of the Gonja State and that it is therefore important to recognize that, the roles of all the groups in the kingdom are defined and that must be upheld at all times.

The statement by the Gonjaland Youth Association concluded by stating; “The Association has confidence in the ability of the Overlord and King of Gonja and they also believe in the competence of the Vice President of the Gonja Traditional Council including all the Paramount Chiefs who have been working relentlessly to make the Kingdom great forever.

“As we strive for peace and development through effective collaborations, let us not engage ourselves in traditional matters that have the tendency to compromise our long standing coexistence”.