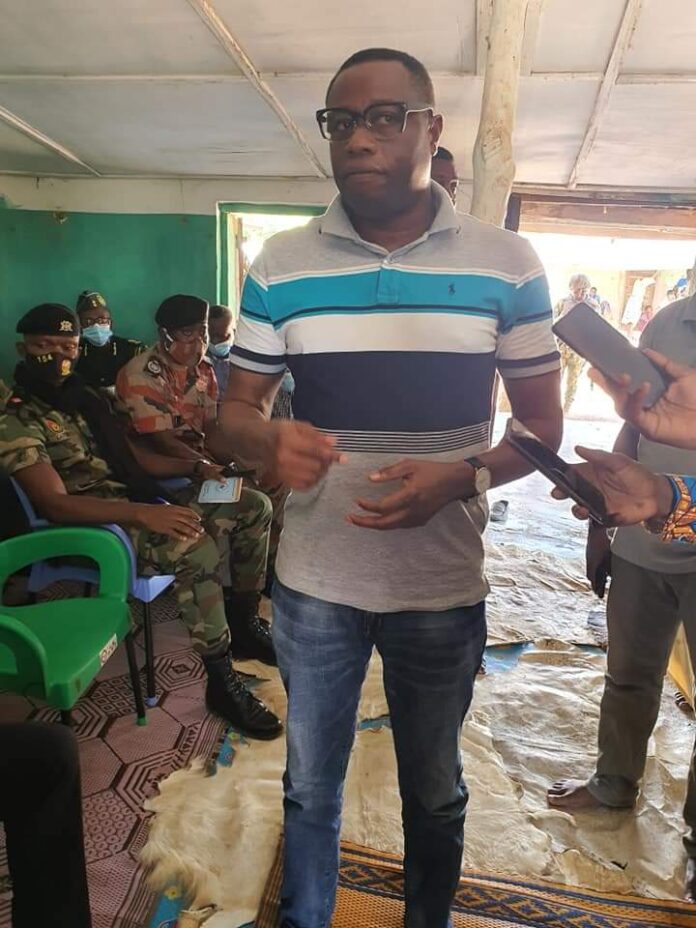 The Savannah Regional minister Mr Saeed Muhazu Jibril has ordered for the immediate arrest of all persons involved in some disturbances at Mpaha in the Central Gonja district of the Savannah Region leading to the death of one person in the community with several others including a Police officer injured.

Speaking during a visit by Members of the Savannah region Security Council led by the Minister to the family of the deceased, a 48 year old welder Mr Alhassan Fuseini who was allegedly stabbed at his welding shop and died later at the Mpaha Health Center last Sunday and the feuding functions involved in the disturbances in the area, the minister said all those involved in the disturbances will face the full rigours of the law.

The Minister also placed an immediate ban on fetching of gravel from a gravel pit that has led to the disturbances in the area immediate the date of his visit- Monday 24th May, 2021.

Mr Saeed Muhazu Jibril further appealed to the Chiefs of the area to be each others keepers since the area can only develop in a peaceful atmosphere.

Four persons including a police officer sustained various degrees of injuries as a result of the disturbances in the area with the Police officer still receiving treatment at the Mpaha Health Center.

One person 48 year old Alhassan Fuseini died with several others critically wounded over land litigation between two communities, Losumpe and Kejasa near Mpaha in the Central Gonja District of the Savannah on Sunday 23rd May, 2021.

A Police situational report on the incident said Debrewura Sulwu who is the Paramount chief of Debre Traditional Area called the Mpaha Police to be at his palace to provide security for him and his elders to settle a land dispute between the two communities because he was sensing danger.

The Police went to the palace and met the Debrewura, his elders and other people and during the settlement of the issue both parties became agrieved, started insulting themselves which resulted in fighting between them.

Some of them sustained injuries and were rushed to Mpaha Health Center and Family Life Clinic, Kigbirpe for treatment. A team of military and police personnel from Buipe were dispatched to Mpaha to support the police at Mpaha to maintain law and order and calm has since been restored at the place.