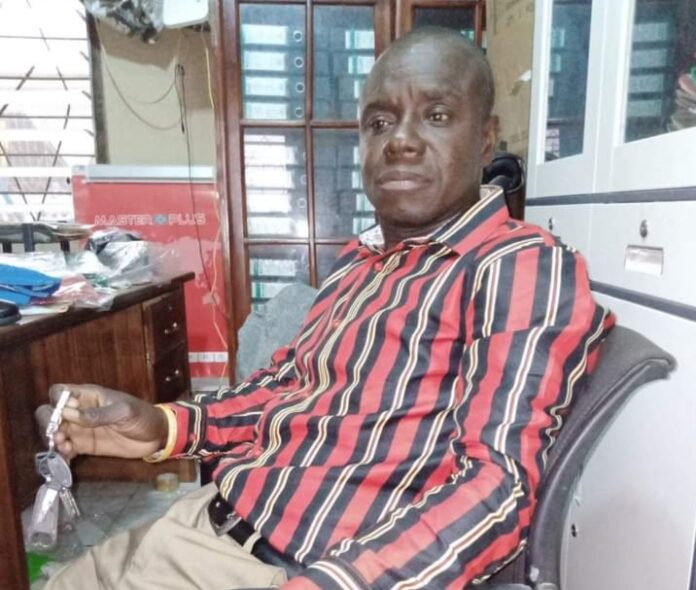 The Assembly member for the Portor electoral area in the Kintampo North Municipality of the Bono East Region Mr Lansah Sulemana has appealed to traditional authorities in Gonjaland to consider relocating Fulanis and their cattle to very far places since that will be the best way to solve tree felling for commercial charcoal production especially in Gonjaland.

Mr Lansah Sulemana in an exclusive interview with Bole based Nkilgi FM in Buipe during the Central Gonja district consultative dialogue meeting attended by Chiefs, assembly members, opinion leaders and so to help end illegal rosewood felling and commercial charcoal production in the Savannah Region said majority of the youth in Gonjaland have abandoned farming because of the activities of Fulanis and their livestock.

He said the youth of today who are involved in farming sees the venture as waste of time and resources as many farms end up being destroyed by the activities of the herdsmen.

The Portor Assemblymen mentioned said apart from destruction of farms, the movement of the animals from one place to the other equally destroys the vegetation cover and render the land very weak for the purposes of food production and farming purposes.

Hon Sulemana used the opportunity to commend Buipewura and the Savannah Regional House of chiefs for putting measures to end tree felling and forest destruction in the Gonjaland but appealed to them to rather consider relocating Fulanis and their livestock to very far distances especially during the farming seasons like it is happening in the Ejura areas to enable farmers to go into proper farming.

He also appealed to Chiefs to at least extend the time period for about a month or two since the time frame given to them is too small to be able to evacuate what is in the bushes.

Hon Lansah Sulemana further emphasised that the youth of Gonjaland learnt charcoal production and took it as their occupation because of the Fulanis who have invaded the newly created Savannah Region with their animals, destroying the once productive agricultural lands and forcefully changing the occupation of the youth which can best be solved by relocating them with immediate effect.

Buipewura gave a 10 day ultimatum for the evacuation of charcoal from the market by their owners else the risk loosing them.