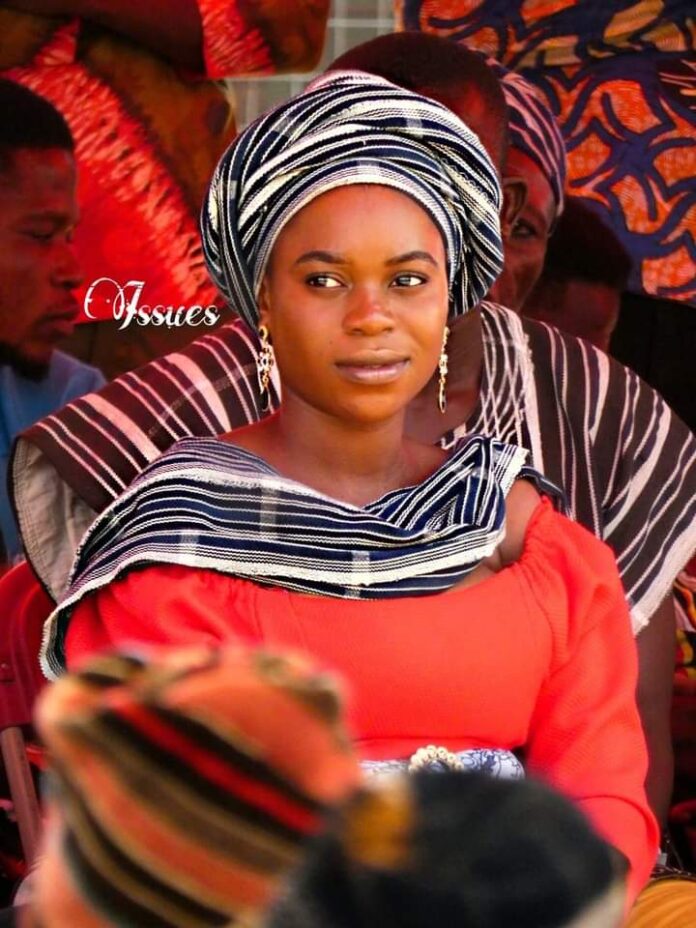 A final year student of the University of Education, Winneba Campus, Miss Sadia Seidu who is the representative of the Savannah Region at this years Tamale based NTV Queen of the North beauty pageant has said the fight against environmental degradation cannot be achieved without unity and sacrifice.

Miss Seidu addressing hundreds of Chiefs and Stakeholders at a meeting to discuss matters of the environment especially illegal logging and commercial Charcoal burning affecting the vegetation of the Bole Traditional on on 30th April, 2021 said; “I am humbled and honoured to stand before an important gathering of eminent personalities of our beloved region who have come together to hold discourse on some most challenging environmental threats that have placed our environment in a rapid deterioration state, exposing us to the Sahel desert.

“This fight cannot be achieved without unity and sacrifice and I employ all and sundary to try to support the decision of the traditional authority to save our vegetation, Land and waters through very important consultative meetings of this caliber”.

She emplored all and sundary to try and support the decision of the traditional authorities in the Savannah Region to save the vegetation cover, land and waters of the Savannah region through very important consultative meetings.

Miss Sadia Seidu said she decided to represent the Savannah Region in a beauty contest organised by NTV for all five northern regions dubbed Queen of the North NTV Reality Show.

“After being part of this consultative meeting of eminent stakeholders across the region I wish to traditionally introduced myself to you before Saturday 1st April, 2021 which climax a community outdoor for me as your representative in the contest which will take place at the floor of the palace of the overlord of the Bole traditional area, Bolewura Sarfo Kutuge Feso (I); Miss Seidu explained.

She said; “The Queen of the north program is a program that aims at giving exposer to beautiful talented young ladies to bring to bear what their various regions are made of in teams of cultural heritage, natural and human resources and tourist potentials.

“As a region, we unfortunately have only one representative in the contest unlike others that still have two each because one of our representatives have been evicted after a regional profiling program”.

Miss Sadia Seidu also disclosed she has earmarked a social intervention project toward women’s empowerment especially teenage mothers who lost it all due to early or adolescent pregnancy.

“I foresee this making an impact in the lives of many of these young ladies who have resorted to Street Hawking as means of sustaining their lives”; Miss Seidu said.