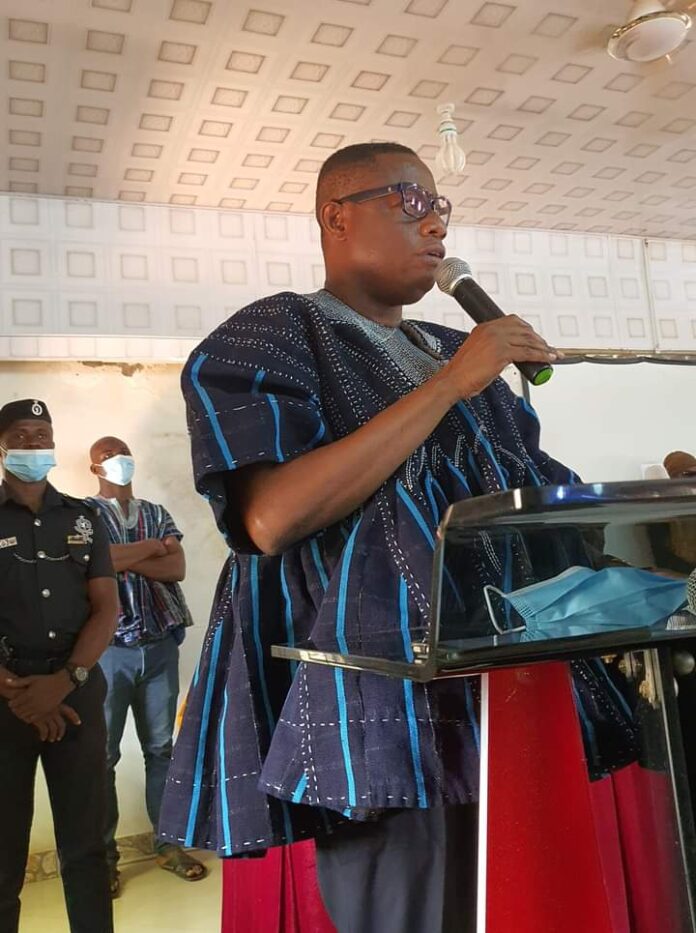 Speaking at the Savannah Regional House of Chiefs dialogue on Commercial Charcoal burning, sustainable small scale mining practices and combating indiscriminate rosewood harvesting at Damongo days ago, the Minister said; “now we have a military barracks stationed here in the Savannah Regional capital”.

He further said Lt. Col. Richard Osei had the opportunity to put the barracks in in any of the six (6) new Regions across this country and decided to put it in Savannah Region.

“We are expecting 900 men to be in that barracks but unfortunately we still don’t have enough rooms for them….for now our armour cars, we brought them and we left them at Sunyani and when we are done arranging the places, you will see the number of armoured cars that will be coming to that Savannah Region”; he said.

Mr Saeed Muhazu Jibril further disclosed that 26 of the soldiers are already in Damongo to survey the area and to make the area conducive for the coming of the equipments and other men.

The Savannah Regional Minister called for support for the military that will be based permanently in Damongo.

He said; “I want you to support him because their training will be going beyond the Savannah Regional Capital, possibly in tour traditional areas. And so this is how is going to be”.

Meawhile the Savannah Regional Minister speaking at the forum disclosed the plans of Government to regulate the activities of illegal mining activities in the Region and the country as a whole.

The Minister said “Nobody is going to chase our young men away in illegal gold mining (galamsey) but they must do it in a proper manner and we are registering them as community miners for free.”