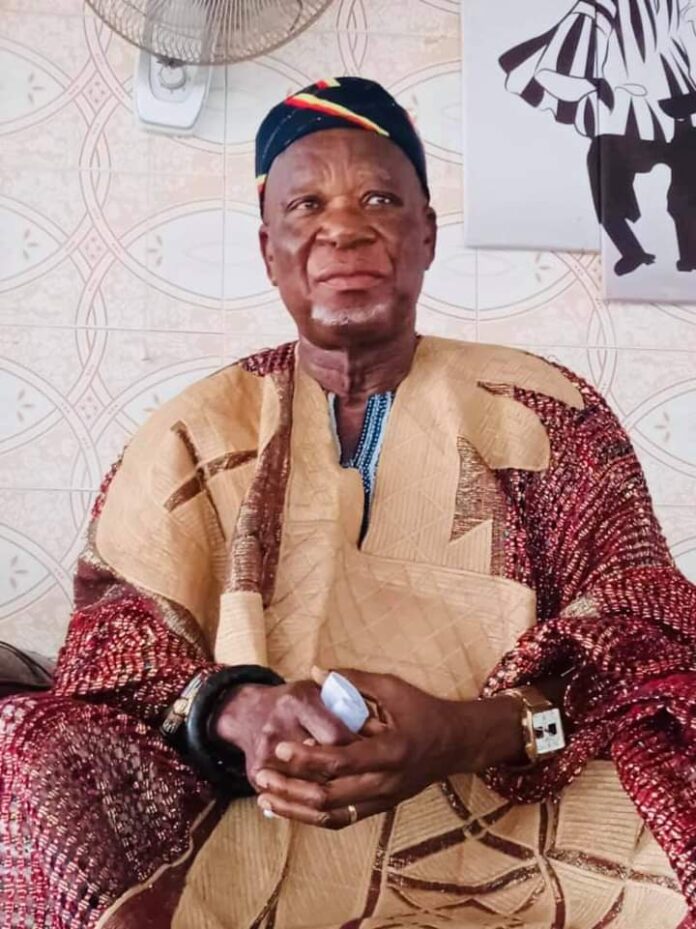 The Paramount Chief of the Buipe Traditional area and Vice- President of the Gonja Traditional Council Buipewura Abdulai Jinapor (II) has said that there is no taboo or tradition that says a Gonja cannot marry people of Fulani extraction.

“It is not tradition that a Fulani cannot marry a Gonja but is something they said don’t do”; Buipewura said.

The Buipewura called for respect for Fulanis and further said no one Gonja will die if he marries a Fulani.

The Buipewura Jinapor (II) made these comments in a video that he is seen being interviewed by an Adom FM reporter in the Twi language.

The Buipewura also called for amendments to some Traditional practices that cannot withstand the test of time and are detrimental to the well being of the people. He said in the olden days “when a Chief dies he is accompanied into the grave by someone but today impossible because you will be arrested when you kill anyone that is supposed to accompany a Chiefto his grave.

No reason or source has always been established for the belief that a Gonja cannot marry a Fulani except numerous stories based on conjecture.

The Buipewura known for his readiness to talk on controversial Gonja traditional Gonja issues once said Gonjas and Fulanis are all coming from the same area to the chagrin of many people.

During an address at the durbar of a national Fulani meeting at Buipe on 31st October, 2020, the Buipewura said;
“…Gonjas and Fulanis are a very different from other tribes because the Fulanis and Gonjas are all coming from Mandingo, Sudan Morocco etc and led by Askia Dawud and Sultan Mouley Ahmed 1550, 1557 and 1560. The founder of the Gonja Kingdom was supported during his conquers buy a man called Mohammed Labayiru whom the Gonjas call Fati Morukpe who was a Fulani but Mallam to Ndewura Jakpa and was the first person to convert Gonjas to Islam in about 1594 to 1615 at Kulor…”