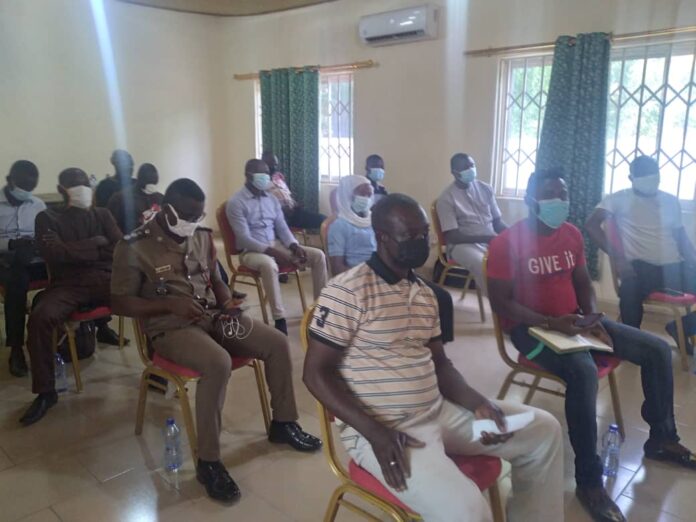 As part of efforts to control Malaria mortality and morbidity in Bole District, the Bole District Health directorate in collaboration with their partners had an engagement with stakeholders in the Bole District of the Savannah Region on point mass distribution of Long Lasting Insecticide Net (LLIN) in 2021.

The seminar held on 6th April 2021, enlightened stakeholders on how registering of households for the Point Mass Distribution of Long Lasting Insecticide Net will be done in all communities in the Bole district from 7th to 13th April 2021.

Speaking to Bole based Nkilgi Fm, the Bole District Health Director Mr David Bakuri said they plead with everybody to get his or herself registered to be given the Long Lasting Insecticide Nets.

Mr David Bakuri said the Registering Assistants will be asking for these the names of the landlords; phone numbers; names of the communities and identity cards including NHIS, Voter ID, Ghana Card, Driver License and other nationally recognised identity cards.

Other information the Registering Assistants will be asking include number of persons in the household after which the system will generate codes that will be given to households by registrants to keep so that on the day of distribution, the code will be supplied before the Long Lasting Insecticide Net are given.

Mr David Bakuri said members of households must mention the right number of people in a household and that households can also take a screenshot of the code and keep it.

The Bole District Health Director said they would not register strangers or people who will be travelling in less than 3 months and that people above 65 years will be registered separately.