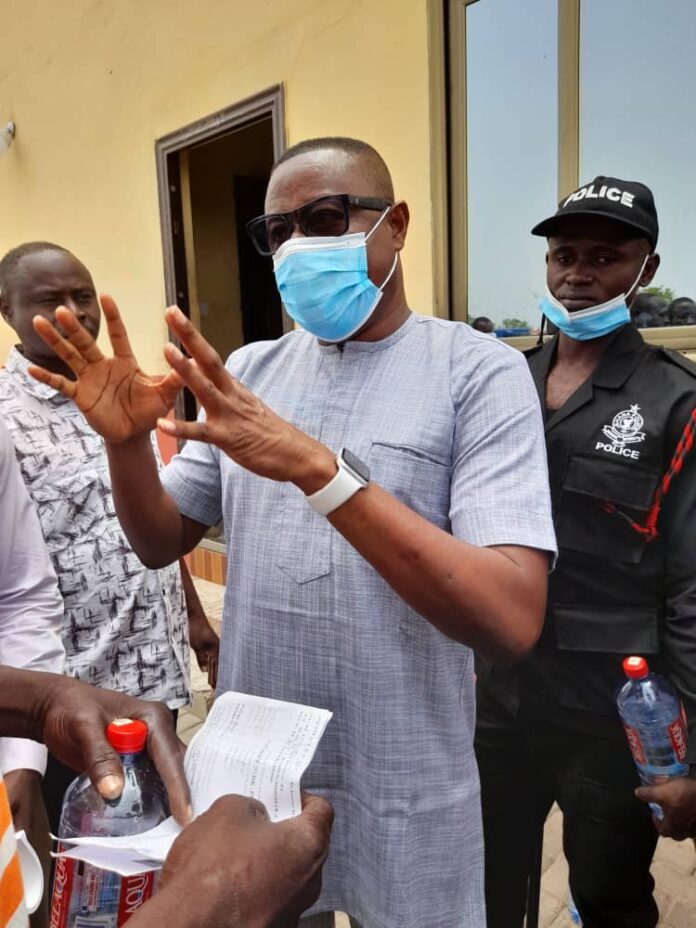 The Drivers who are members of the Ghana Haulage Transport Drivers Union, the Joint Association of Port Transport Union and the Ghana Cargo Transporters Union on Thursday 18th March, 2021 demonstrated against officials of the Ghana Highway Authority at the Sawla Axle Weighing Station accusing them of extortion, disrespect for the drivers and favouring drivers from Burkina Faso by taking monies from them and not allowing them to pass on the scale.

The drivers further accused the officials incharge of the bridge of adjusting the axle scale to read excessively and abnormally different from the other weighing bridges across the country which makes them to pay more.

The situation left the over 100 cargo trucks from Burkina Faso and some parts of the Upper west Region stranded for the past three weeks.

Personnel from the Ghana Standard Authority who were called to verify some allegations of overweight by the drivers were blocked from doing their work by the angry drivers.

All the stranded trucks which were denied entry for the past two to three weeks at the axle station over extortion allegations were however allowed to go following an agreement between the Savannah Regional Security Council, authorities of the Ghana Highway Authority and the leadership of the driver unions with the officials of the Ghana Standard Authority this time allowed to carry on with their operations resolving the issue of overweight at the station.

Mr Muhazu Jibril in an address admitted the scale had a challenge. He said “the issues the drivers and cargo owners made has something to do with the measurement of of the axle weight in Sawla. The Ghana standards boards people were invited and in collaboration with the Ghana Highways it was realised the there was a little problem with the axle wait in Sawla and so it has recalibrate”.

He used the opportunity to assure the drivers that he will ensure the system remains normal to serve the purpose for which it was installed.

Meanwhile, the Chairman of the Ghana Haulage Transport Drivers Union Alhaji Mahama Adam Jabah was grateful to Savannah Region Security Council (REGSEC) and the government officials for their intervention.