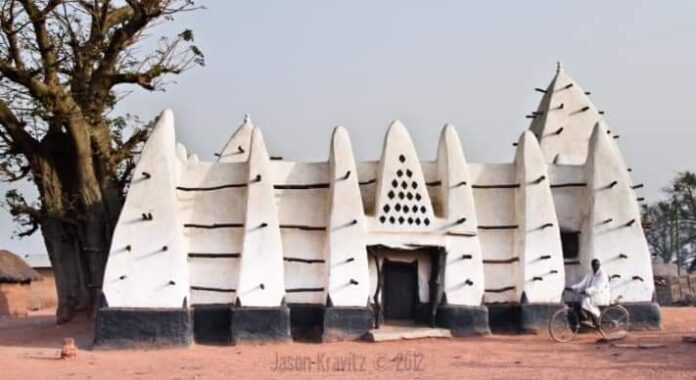 The Minister Designate for the Savannah Region Mr Saeed Muhazu Jibril has told parliaments vetting committee that he will get very well educated tour guards and also collaborate with the Ghana Tourist Board to make sure show Larabanga in the West Gonja Municipality of the Savannah Region which has a the oldest Mosque in Ghana and a mystic Stone are shown on very large scale in order to promote Tourism in the Region.

Speaking at parliament’s ministerial vetting committee on during his turn on 4th March, 2021, the Savannah Regional Minister Designate said; ” the two structures, that is the mosque and the mystic stone that we have (in Larabanga).. as Minister if approved, we will get very well educated tour guards and also collaborate with the Ghana Tourist Board to make sure that we show Larabanga on a very large scale so that everybody will be aware”.

Mr Saeed further said the two structures that is the Larabanga Mosque and the mystic stone are not very popular in the world and so he will make sure the two sites are made more popular in order to promote tourism in the Larabanga community.

When asked to market Larabanga where the minister Designate hails from he said there are two main tourism sites in the Larabanga community the Oldest Mosque in Ghana and the mystic stone. He said it was believed at the time a road was being constructed from Sawla to Fufulso anytime the contractors come to remove the stone, the following day the stone will come back to where it was. He said they kept doing that for one week so they have to divert the road from where the stone is currently.

The Savannah Regional Minister Designate said there are alot of tourism potentials in the region including the Mole National Park whivh is the largest wildlife park in Ghana. He also mentioned other Tourism sites in the Region as the Salaga Slave market and wells, the Ndewura Jakpa Royal tomb at Buipe, the Jakpa Palace and others.