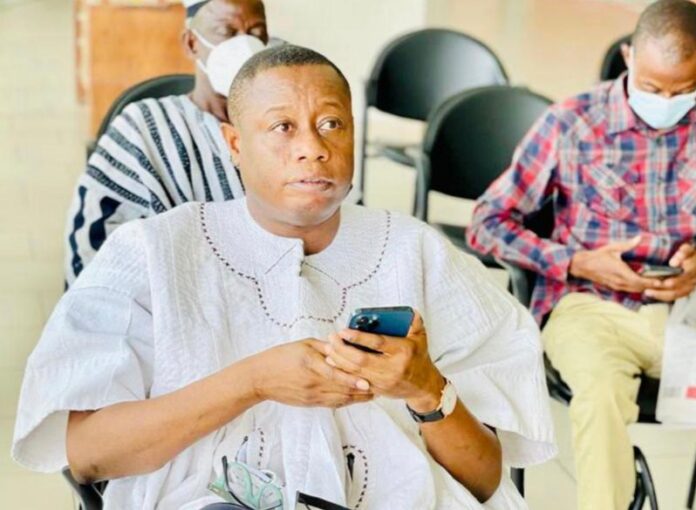 Speaking to a comment from the Member of Parliament (MP) for the Asawase Constituency of the Ashanti Region Hon Muntaka Mubarak if the Minister nominee is giving the parliament’s ministerial vetting committee the assurance that as he leaves to lead the Savannah region he will ensure that “not only the cutting and even the processing of this rosewood within his area as Regional Minister will be a thing of the past”; the Savannah Regional Minister Designate said; “I will report back to this committee…It is something that I’m going to stop when I’m given the nod”.

On a comment from the Hon Muntaka Mubarak that the Minister nominee has always denied knowledge of a rosewood processing factory which is at Yipala near Damongo right behind the Municipal Chief Executives residence, the Savannah Region Minister nominee who appeared before parliament’s ministerial vetting committee on 4th March, 2021 said;
“I made it clear on the rosewood factory. In actual fact when it started we had to go in there to stop them and we even have to ask the Volta River authority to cut power to that factory and so I sit I know like I said in collaboration with the regional Task Force in charge of rosewood we have stopped the Chinese and they have moved out of that place..so if something is happening there then it is happening behind me as I am well aware we have even seized their wood that they harvested to construct furniture for some basic schools within the West Gonja Municipality..sometimes this people can be doing it in the night and you dont have an idea…. “.

The Chairman of the committee Hon Osei Wusu cut in and asked the nominee; “Hon Minister you were the MCE, you mean they set up the factory without permits from the Assembly” to which the Savannah Regional Minister Designate replied; “absolutely Hon Chairman..they sited this project and non of us was aware. When I got to know about it it was my driver who hinted me that something was going on there so we have to take the Assemblyman for that area on for allowing people to come and construct a factory..what they did is they set it up in the bush so we didn’t have an idea until the whole thing was set up and I led the Task Force with my District Police Commander as if they time to stop them from working we didn’t know about it”.

On the question of what the Minister Designate will do to encourage the youth to go back into tilting the land, Mr Saeed Jibril said; “I indicated that we were going to make agriculture a business venture and not a subsistence venture such that it will attract the youth to go into agriculture when we are able to stop this rosewood harvesting and so we will do that in collaboration with the ministry of lands and Natural Resources of which you are already aware that there is a ban in place for harvesting of this rosewood so it is just a matter of going to enforce the law when I’m given the nod by this committee”.