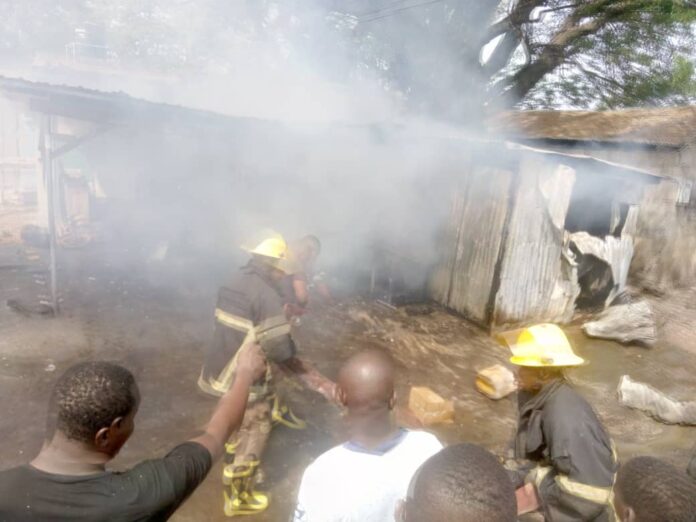 A part of the Bole Central market caught fire on 23rd February, 2021.

The Ghana National fire service were at hand to put out the fire which could have spread to other parts of the congested market.

The cause of the fire is not known yet but it started from a shed of a motor fitter in the market.

The fire extended to other near by shops of which one is a store room containing yams and dry cassava. The yams and the cassava got burnt including the shop where the fitters operate.

Market women and buyers on seeing the fire the motor repairers shed runnned away and only retuned after the National Fire Service officials who were given a distress call arrived to put out the fire.

Many in Bole have commended the National Fire Service for bringing the fire under control following a tedious work done.

Officers of the National Fire Service in Bole however turned down an interview with Bole based Nkilgi FM with one of the officers who do not want the name mentioned briefly saying; “Investigation is underway to reveal the real cause if the fire outbreak”.