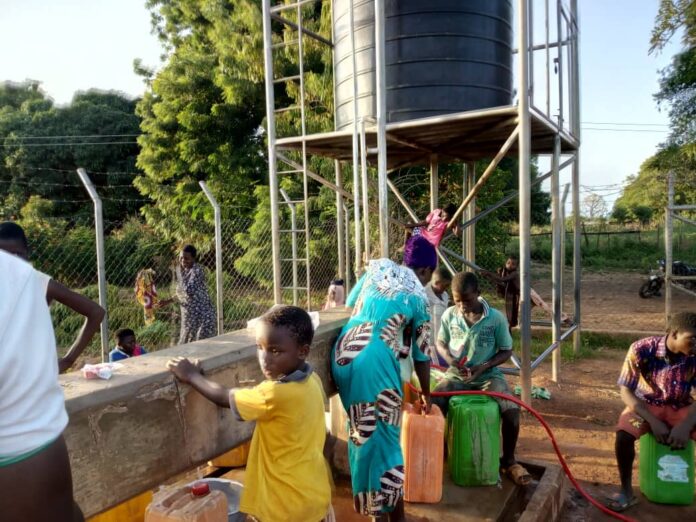 Residents of Savannah Regional capital Damongo are facing an acute water crisis resulting in an increament in the cost of drums of water sold by water suppliers.

The major source of water for the people of Damongo popular called ‘Agric dam’ has dried up completely as a result of the limited rainfall situation in the region making life difficult for inhabitants.

The situation has reached a worrying stage which has compelled students in the Damongo township to sacrifice their studies in search of water making studies and school life on campuses slow.

Residents of Damongo now depend on the few boreholes that have water with long queues formed everyday for water.

Bole based Nkilgi FM spoke to a resident of Damongo and Unit Committee Chairman of the Atributo Electoral area Mr Imoro Samed aka Erosion and he said the Agric Dam in Damongo which serve as source of water for many residents has dried up completely and the Canteen Dam is also about to dry up.

He said a gallon of water now cost GHc1 and the popular yellow container known as “Kufour gallon” cost about GHc10.

Mr Imoro Samed called on who ever that can help to come to their aid on the Damongo water situation. He bemoaned the situation in which politicians keep making promises to Damongo that “water is coming”, “water is water coming” but have so far failed to come up with a sustainable source of water for the Damongo.

Meanwhile, the Chiefs and elders of Canteen a suburb of Damongo have served notice to residents of the area that henceforth, there is ban on the fetching of water from the Canteen Dam for commercial and other purposes aside domestic use.

The directive became necessary as a result of the critically low level and gradual drying of the century long water source in the area.