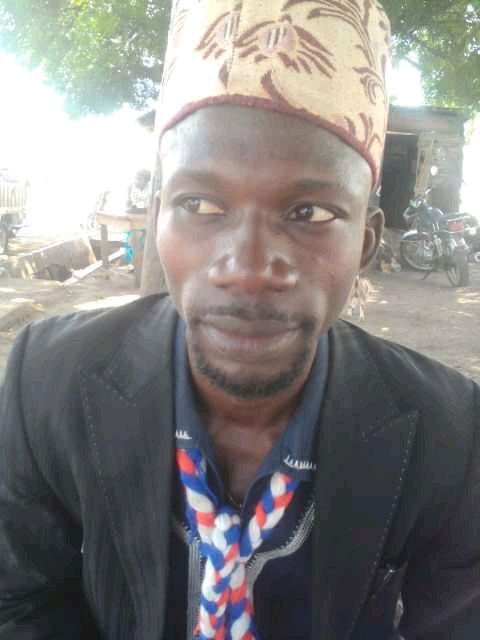 Mr Kipo Isaac who is an Aide to the District  Chief Executive (DCE)  for the Sawla-Tuna-Kalba  District of the Savannah  Region has been beaten to pulp by some NPP Young men in Sawla allegedly over the citing of Poly Tanks in the Sawla township.

Mr Kipo was hospitalised for three days but has since been discharged.
Speaking exclusively to Bole based Nkilgi FM, Mr Kipo Issac he was in the DCE’s vehicle and on reaching a junction in Sawla town, a group of young men shouted the DCE’s name and he told the DCE to stop since they are party boys following NPP Parliamentary candidate for the Sawla-Tuna-Kalba Constituency Seidu Nuhu Banasco.

He said after he rolled down his glass window 3 of the boys started giving him blows from outside and later pulled him out.

Kipo Isaac said he fought 3 of the boys but 5 came to join making 8 and so they overpowered and beat him mercilessly. He said the DCE pushed the boys off him but because they were many that did not stop the beatings. He said he was rescued by a good samaritan on a motorbike and that he would have been killed if the person did not evacuate him.

When asked if the DCE was also beaten; Kipo Isaac said; “Yes I believe they knocked the DCE and he lost his phone in the process and only bought a new phone on Monday 26th April, 2020.

Kipo Issac disclosed that he made a formal complaint to the Police who issued a mesiacl form for him and that he was hospitalized for 3 days. He said he can identity all the boys that beat him.

Meanwhile unconfirmed reports say the NPP Youth beat up the the Aide of the DCE for the Sawla-Tuna-Kalba District over some contract issues. It is said the NPP Youth are aggrieved over a contract they said should have been given to the New Patriotic Party (NPP) Parliamentary candidate to execute.

In a related development, the National Democratic Congress (NDC) in the Sawla-Tuna-Kalba Constituency have issued a statement to sympathize with the DCE for Sawla-Tuna-Kalba, Hon. Lawal Tamimu for “a verbal attack and subsequent assault he escaped”.

A statement signed by the Communication officer of NDC for the  Sawla-Tuna-Kalba Constituency Kipo Elijah Bakar dated 27th April,2020 said the NDC has learned with deep shock the mob attack that nearly claimed the lives of the DCE and his Special Aide  and equally wish to condemn the act and other similar attacks across the region in recent times.

Kipo Elijah Bakar said; “The NDC further reiterates that the people of STK are law abiding citizens who love peace and it is imperative that every material time, the NPP and its surrogates use the rules of law in addressing their disagreements rather than resorting to violent approach”.

The NDC statement  further said, “We condemn the act and wish the DCE’s special assistant, Mr. Kipo Isaac (Baba) who was seriously beaten a speedy recovery.

“Even though, we sympathize with the DCE, we still maintain it is his endorsement of lawlessness that is breeding violence within  Sawla-Tuna-Kalba District. It was Hon. Tamimu who led a team of hooligans to attack the Sawla Police Station  in July, 2018” the NDC statement added.

The NDC Communication Officer for the Sawla-Tuna-Kalba Constituency said;”Poly tanks that were supposed to be mounted at public markets were wrongly placed which angered the market women, youth groups and some traditional authorities” the statement disclosed.

Kipo Elijah Bakar added;”In 2019, during the Damba festival at Kong on 23rd November, Hon. Lawal Tamimu issued a cheque amounting to One Thousand Ghana Cedis (GH₵1,000.00) which turned out to be a bounced one when he was later invited by Kongwura Yiram Adamu  Seidu Jinkurige (1) he refused to honour the invitation.

“Also, during the Biennial Congress of the Vagla Youth Association  ( VAYA), at Bole in 2018, Hon. Tamimu promised VAYA an amount of One Thousand Ghana Cedis ( GH₵1,000.00) which he never fulfilled.

“We wish to remind the DCE of another bounced check he issued during the 40th Anniversary celebration of the Good Shepherd Catholic church of Tuna in 2019”.
The NDC statement concluded by saying; “The Youth of late are intoxicated like homemade wine, and I wish to remind the DCE for Sawla-Tuna-Kalba to respect them”.