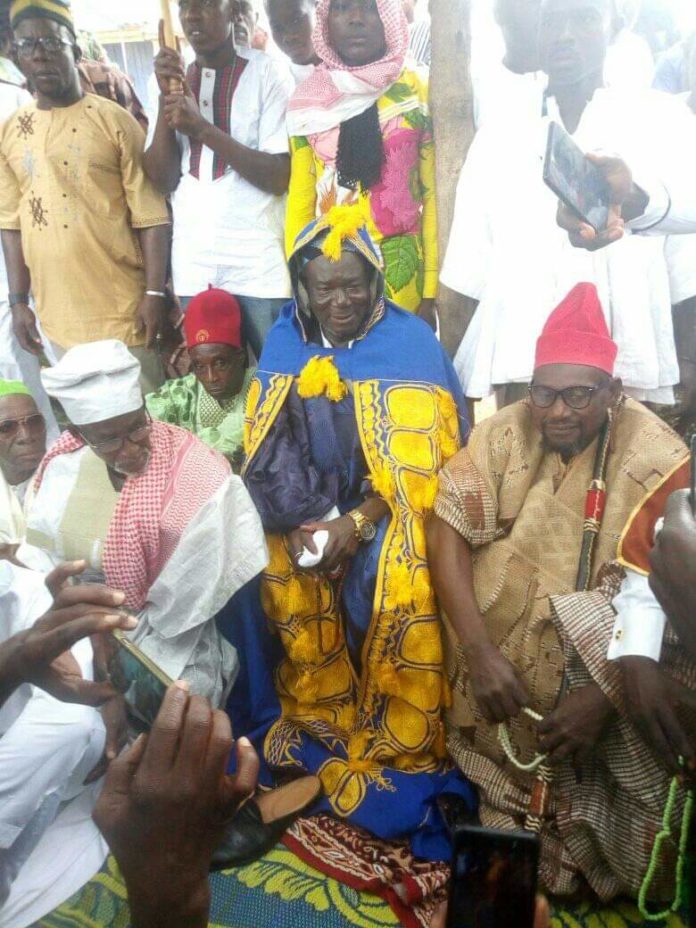 The Paramount Chief of the Bole Traditional area and his Council have cautioned the Brifor Youth Association to stop formenting trouble in the area.

The Bolewura made these comments at his  Palace to the leadership of the Brifor Youth Association who were summoned over several write ups on social media as well as other activities that he said do not only belittle Traditional Authorities in the Bole Traditional area but likely to disturb the peace and unity among Gonjas and Brifors.
The Bolewura said they would not allow the Brifor Youth Association to trample on traditions and Customs.

Bolewura said write ups that can promote trouble should be avoided and that one Ankaara Sankara has been engaging in intellectual madness and that they will keep following his social media and Facebook live messages and will take a decision on him if he does not stop what he has been doing.

An official invitation was extended to the Paramount Chief of Bole Traditional Area, Bolewura Safo Kutuge Feso (I) by the Bounkani Traditional Dance Festival (FESTIBO) at Bouna in Cote d’Ivoire from 6th to 7th December, 2019.

The festival held every year in December aims to list heritage dances, ancestral arts, tourist sites, the cultural facts of the peoples of the region, and all other things that will promotes cultural inheritance.
The Bounkani Regional Council of Cote d’Ivoire initiated the festival to make more known the cultural wealth of the region and has always invited the Chiefs and people of Bole Traditional  area to the festival.

The PRO of the Brifor Youth Association in one of his write ups on the visit of Bole Chiefs to Bouna said;
“…Fellow Birifors, these group of traitors with the sort of betrayal agenda have since visited some Palaces of chiefs and have planned with them to unleash suffering on Birifor farmers. One target is the cashew sector. They have since taken some chiefs to Bona, in Ivory coast to draw their old age held conclusion that, we truly don’t own lands here, therefore cash crops among other things must be contributed for them”.

The Bolewura and his Council took offence to this write up hence the invitation of the Brifor Youth Association.

Giving more information on the issue of the Cashew and farmers in the Bole Traditional Area, Bolewura said all Brifor headmen from Cashew growing areas were invited with their Chiefs and that there is no need inviting the Brifor Youth Association.

The Bolewura Sarfo Kutuge Feso (I) in consultation with the council of elders took some decisions on cashew farming in Bole Traditional Area according to them in accordance with the customs and traditional practice of Gonja Kingdom.

According to the first declaration, no person, group of persons, or institution shall cultivate more than two (2) acres for cashew farming.

Secondly One (1) mile distance on both side of the main Wa-Kumasi road must be reserved for government projects.

Also One (1) acre of cashew farm shall be subjected to half bag of cashew nuts as royalties to the chief in the cashew growing areas across Bole Traditional Area.