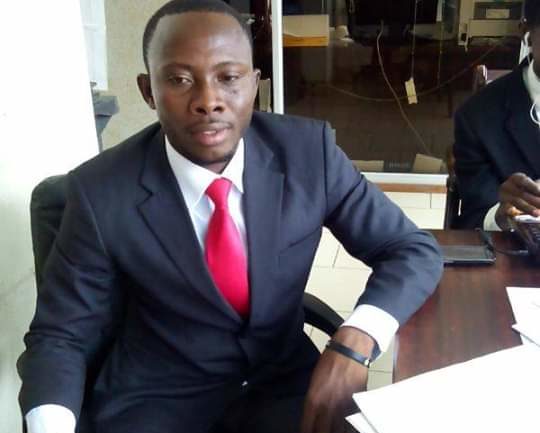 If my ejaculation is premature then, I should be on my knees before the people of Gonjaland, but if my nightmares fit right into the thinking and feeling of many others then, I am ready to keep asking the questions before the issues become caked-monsters ready to devour the innocent generations yet unborn.

Once upon a time, there was a a designed Savannah Region’s Caravan with the colors of all inclusiveness because the crave for the creation of the Savannah Region came as though the people of Gonja were in some kind of long-standing bondage and needed some relief and independence. Because when the stories of the ancestry were/are told, this old-aged agenda always get some serious mention and the passion with which it was discussed gave the caravan some symbol of identity and the reflection of the struggle of the forefathers of Gonja. So we all joined to give meaning to this identity called the Gonja struggle.

When the many women and children from all political parties joined to cheer up the gallant men and women like Jira Buipewura Jinapor, like Lepowura MND Jawula, like Mr Nyari, like Dr Achanso and the rest who spoke the words of the gods in favor of this agenda, we did so with the same passion our great grand fathers displayed which was devoid of political convenience; in fact, we did so because we felt we were fighting a battle to protect our land and treasures.

But fast forward after we achieved this objective in unison and the boundary of Gonjaland was renamed as  SAVANNAH REGION, we are now made to believe that we were only cajoled into thinking that this was an agenda for all but in the real sense it has always been that of a creation of a Special Purpose Vehicle for the NPP to win the next election and several others to come in future.

This is the story of the people of Gonja some few months after some imaginary lines were drawn and called Savannah Region. Although it was made possible by the collective efforts of everyone in the land, the NPP has formed a firewall around it and decided to attack the rest of us anytime we ask for the right things to be done. Indeed our tradition is lost, our norms and customs are tainted and we have lost our original direction as a people as a result of the activities of some political contractors who are hungry for power to the extent that they are ready to sacrifice the future of our land for their short term gains.

Some people who saw this covert arrangement warned us but because we had our land at heart, we marched forward and left all the warning signs behind. Today some NPP men and women are showcasing the new twists and turns which reveal their real intentions. We were ambushed and led to the slaughter house to perform a ritual for the NPP to achieve a political objective and not for Gonjaland to achieve any ancestry wish.

When the process started and until it ended, all the 7 MPs made up of 6 NDC MPs and 1 NPP MP participated fully. They were physically present and contributed financially in order for us to achieve this goal. Our most successful son as far as politics is concerned, HE John Dramani Mahama also contributed his quota (financially) and made it a priority to come cast his YES VOTE at the referendum. But today, some political neophytes in the circles of the NPP are out there, well armed with their political prejudices, cooked stories premature political gymnastics and are casting aspersions at the Former President and the NDC.

One of the emptiest questions they are quick to ask anytime we want to question some logic they advance in respect of the operationalization of the Savannah Region is…why didn’t President John Mahama create the Region when he was President for Four years. Funny isn’t it?

The questions I also ask are; why didn’t Nkrumah create a region out of the Western Region when he was President for about 9 years?

Why didn’t Rawlings create the Oti region out of Volta when he was President for 19 years but instead did so for the Upper Regions? So you see where the said logic is lost?

Everything has its time in life and until you embrace this reality, you would always get lost in the arena of logic.
In all these back and forth, what our people need is economic emancipation, better road networks, portable drinking water, electricity expansion, etc. our people want their small businesses to grow with an expanded market base. If all the above were embedded guarantees in creating the region, then the likes of Upper West Region and Upper East Regoin should not be struggling for modern Regional Hospitals which JM made possible for them in his four years as President. I dare say, that the creation of the Savannah Region is meaningless until it translate into the economic empowerment of our people.

After struggling through the painful process with our mothers and fathers in the hinterlands, queuing under the sun to cast their votes for this to be realized, the first disappointment came from our NPP brothers from Salaga South Constituency when the issue of the siting of the Regional Capital came up for discussion. We were told Salaga deserved to be named the capital because they gave the NPP the only seat in Gonjaland. How unfortunate this was.

This was the first straw that got the Camel thinking.
They’ve now moved into using the creation of the region as a campaign message and using same to mock at, attack and discredit former President Mahama.

They are used by the NPP to embarrass their own son. The agenda is to keep attacking him and make him feel left by his own kinsmen. Anytime an NDC member tries to question some activities of the officers of the region or seek for accountability, transparency and equal chance to participate in building the region, we are told not to get closer because it is their President and government who created the Region and not our President (JM).

The freshest issue in point is the missing Toyota Hilux Pickup for the Savannah Regional Coordinating Council. People had genuine concerns in respect of this Pickup but were told not to ask the questions because we never voted for Nana Addo and that it was never JM who created the region in the first place.

What is it that the Regional Minister is doing that the District Chief Executives can’t do or ain’t doing currently? Where is the plan for the region? What has the SRCC been doing that reflects the wishes of the ordinary Gonjalander? What is our plan towards building the Human Resource base of our dear land so that in the next decade, we wouldn’t have to come crying that some people have invaded and hijacked our SR and have depleted our resources in the name or managing it?

What new thing has been done as a result of the renaming of the boundaries of Gonjaland? Aside swallowing the West Gonja District Assembly and making it ineffective by consuming everything in this poor Assembly to the extent of even using their A4 sheets for ordinary printing, what is there to show as a symbol of the region?

We were told a GHC 20m seed money was made available, we want to know what that has been earmarked for. What is the expenditure and action plan so far? Has the SRCC been submitting its monthly reports for review by the Local Government Service and the Parent Ministry?  So you see why I would prefer anytime the creation of more Districts than a renaming of the boundaries of Gonjaland and name it a region? Although it’s an ancestry wish and dream, but if this is how we are starting, we the people would only be led into singing the praises to the government while we are been shortchanged from behind.

People of Gonjaland must wake up! There is no harm in asking the right questions even if Savannah Region was made the capital of Ghana. The Chiefs in Western North looked in the eyes of HE Nana Addo and asked him the right questions on why they are neglected by his government when the latter visited them. Over here in SR, we are asked to shut up and only rain praises at the government. Go and ask the ordinary woman in Damongo town about what the newly created region mean to her and you would hear very interesting situational reports.

Why can’t we ask why the Tamale-Salaga-Mankongo road project was halted for more than 2 years when the Bomso to Kyebi roads were continued? Why can’t we ask why the Busunu-Daboya-Mankarigu road project was halted while that of Kyebi township roads were changed from chippings to asphalt? Are we asking our people to continue to draw water and hew woods while others ride over their backs? Be bold! Be bold people of Gonja. We are not cowards and never will we be.

If there was/is anything bigger that has happened to Gonjaland than the construction of the Fufulso-Damongo-Sawla road project, then, I am ready to shut up. Savannah Region (Gonjaland) can only develop if we stop this growing mediocrity and then ask for our right share of the National Cake.

Why can the Ashantehene ask why his people are left out of government, why some projects were left to rot in Ashanti, why others were delayed, but the Chiefs and people of Gonjaland can’t ask same questions because we deserve less? Let’s wake up! I mean no harm! No malice intended!
Still the lone voice from the Laribanga mountains.
Shalom.