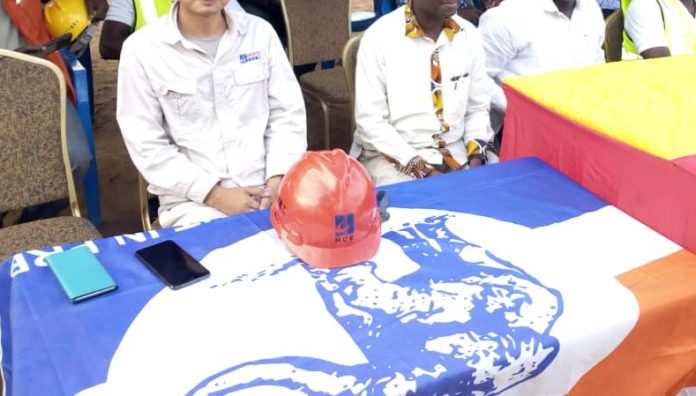 The New Patriotic Party (NPP) has held a Press Conference in the Savanna Regional capital  of Damongo in less than 24hours to the arrival of the former President to the region.

Addressing the media party and faithfuls at the NPP Constituency office in Damongo? the NPP Savannah Regional secretary Mr Haruna Iddrisu tasked  former President Mahama to congratulate HE Nana Addo for the creation of the Savanna Region since the people of the Savannah enclave has clamoured for the creation if the region wayback 1980.

Meanwhile, the NDC had earlier through the Communication director for the party in the Savanna region Mr Malik Basintale released an alleged leaked Press statement for today’s press conference by the NPP.

Responding to the NPP on the Press Conference, Mr Malik Basintale said the NPP is afraid the former President is entering the region.

He described the Press Conference as very hollow and urged the people of the region to ignore the NPP since they have not failed only in the region but Ghana as a whole.

The NPP in the Savannah region welcome you all to today’s press conference. Thank you for accepting to participate in today’s event. We are grateful.

Ladies and gentleman we invited you here this afternoon to enable the NPP in the Savannah Region, warmly, welcome Candidate Mahama to the newly created Savannah Region, the fruit of President Akufo-Addo’s vision and toil.

We take note of the needless controversy about the leakage or otherwise of a supposed press statement from the NPP. In our view, that is completely baseless and unwarranted. It is a deliberate attempt by the NDC to divert attention from the pertinent questions that the people have for the NDC’s Presidential Candidate. We call on the good people of the Savannah Region to disregard these effusions and focus on the substantive issues before us. The only true and authentic press statement authored by the NPP in the Savannah Region is what I, the Regional Secretary of the NPP, is about to read to you our hardworking members of the press.

Firstly, President Mahama and the NDC should publicly and unconditionally acknowledge and praise the singular efforts of President Akufo-Addo in the creation of the Savannah Region. As far back as 1980, the people of the Savannah Region have been clamoring for the creation of our beloved region but without success. Under the tenure of President Mahama, a son of this region, numerous petitions were delivered to him but he woefully failed to act on them.

Indeed, he never took any step whatsoever in realizing the long cherished dream of his own people for a region of theirs. He made promises after promises but failed miserably on each occasion. It took the courageous, bold and visionary leadership of President Nana Addo Dankwa Akufo-Addo for this region to be created. Unlike President Mahama, President Akufo-Addo is not a native of this region but, nonetheless, worked tirelessly to create this region, a feat the NDC has to publicly acknowledge and salute Akufo-Addo for.

Secondly, the numerous social intervention programs by President Akufo-Addo and his government should be commended by President Mahama since they are positively impacting on the lives of President Mahama’s brothers and sisters in the Savannah Region.

Thirdly, Damongo, the capital of Savannah Region and Gonjaland, has been without water for many decades. The Akufo-Addo government has sought funding for the Damongo water project. Cabinet as well as parliamentary approval has being secured for this project. Soon rather than later, contractors will mobilize to site to begin work on this project. When completed, this water project will provide reliable and clean water to the people of Damongo and its environs. For more than Eight (8) long years at the Presidency of our country President Mahama and the NDC failed to make any attempt at providing water for his own people. The Savannah NPP calls on President Mahama and the NDC to do the honorable thing by acknowledging the efforts of President Akufo-Addo to provide portable water for his relatives in the Savannah region.

The Yapei water project is yet another example as well as the numerous developmental projects scattered across the Savannah region.

Fourthly, the people of Savannah wish to be told of alternative policies by the candidate Mahama and the NDC. They want constructive and credible alternatives and not insults, invectives and rancorous politics. What will a Mahama administration do differently about Free SHS a policy he has opposed for many years? What will candidate Mahama do differently about agriculture since it grew at negative percent under his watch? Will candidate Mahama continue with the payment of nurses and teacher training allowances? And will he reintroduce Dumsor to collapse the Business and lives of Ghanaians? These are the issues candidate Mahama and the NDC should focus on and speak to and not be obsessed about leakages or insults.

Finally, distinguished ladies and gentlemen of the press, we are grateful for honoring our invitation and we wish to conclude by welcoming, through your cherished channels, candidate John Dramani Mahama,  the Presidential Candidate of the NDC, to President Akufo-Addo’ new Savannah Region.