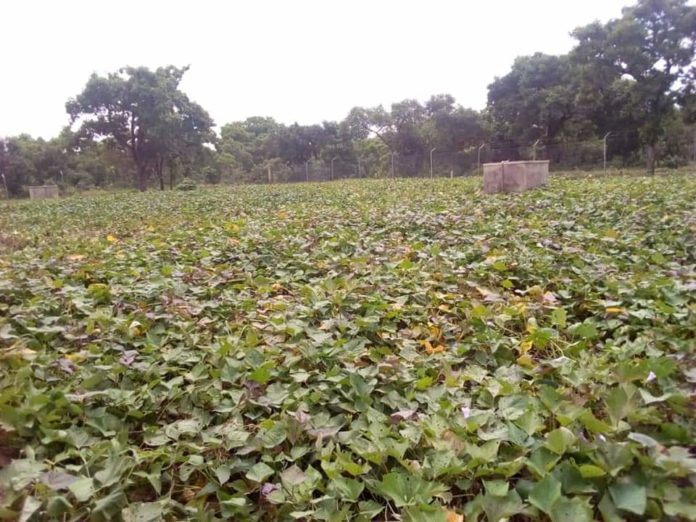 The World Food Programme, under a nutrition sensitive Agriculture initiative has launched the orange fleshed sweet potato at Kiape in the Bole district of the Savannah region yesterday Thursday, 11th of July 2019.

The commissioning saw a high powered delegation of individuals in the field of Agriculture attending and among them was the Bole District Agriculture Director, Mr Mumuni Ibrahim, the DCE of Bole, Madam Veronica Alele Heming, the Deputy Savannah Regional Minister Mr Samuel Yeyu Tika, a Representative and country Director of the World Food Programme (WFP) Ms Rukia Yacoub, Women in Agriculture Directorate (WIAD) at then Ministry of food and Agriculture Ms Paulina S. Addy, the Regional Director of Agriculture for the Northern and Savannah Region, Mr William Boakye Acheampong and others.

He said explained that there is a technology in which sweet potatoe is cultivated, harvested and stored using ordinary sand.

The Bole District Director of Agriculture Mr Mumuni Ibrahim who spoke to Nkilgi Fm highlighted the importance of the orange fleshed sweet potato plant and encouraged farmers within Bole District to put more seriousness in the plantation of the fruit because it is worthy of millions of Cedis’s when invested properly.

He also explained products, the orange fleshed sweet potato can produce food items such as, chips, Cake, drink among others.

A representative of the beneficiaries at Kiape, Madam Fati Abdulai thanked the Bole District agric Director and his powerful team for bringing such initiative to their door steps. She said they welcome sweet potatoe in the area and will do their best to make sure it becomes crop that will reduce hunger in the country.