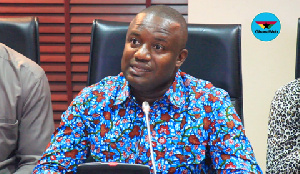 The Member of Parliament for the Yapei-Kusawgu Constituency of the Savannah Region and Ranking Member, Mines and Energy Committee of Ghana’s Parliament, Hon John Abdulai Jinapor has condemned the Government of President Nana Akufo-Addo for what he said is the ‘Continues Illegal Mining’ in the country.

Hon Jinapor in a statement copied to Bole based Nkilgi Fm on 13th August, 2022 said the Minority in Parliament has taken note of a viral video on social media and other online platforms revealing massive illegal mining activities being carried out along the River Offin in the Atwima-Mponua district of the Ashanti Region.

The statement added; “We are even more alarmed by the accusations levelled against the DCE of complicity and involvement in the activities of illegal mining (Galamsey).

The Ranking Member, Mines and Energy Committee further said; “We are very disappointed that despite assurances from the  Akufo-Addo led Government on its fight against ‘galamsey’, river bodies continue to be polluted by the activities of illegal mining across the country; he stated.

Hon John Jinapor said the Minority cannot sit unconcerned for Ghana’s river bodies and vegetation to be polluted and destroyed by these illegal miners.

“We therefore wish to call on government and the NPP administration particularly the Minister for Lands and Natural Resources, the Minister for Defence and the Minister for Interior to immediately investigate this particular incident and ensure that our river bodies are protected from activities of illegal miners as was promised”; he stated..

“It is our hope that President Akufo-Addo will act on this adverse practice and not sweep it under the carpet”; the statement concluded.