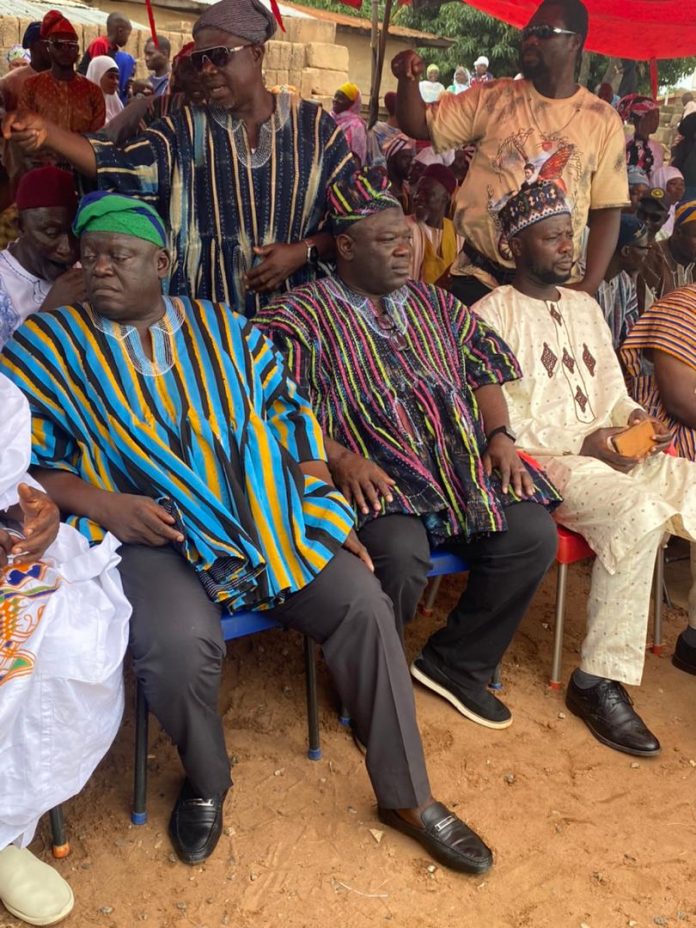 A former Minister for Food and Agriculture Alhaji Mohammed Muniru Limuna has on behalf of former President Mahama led a delegation to the final funeral rites of the late Ejura Dagomba chief, Naa Umar Fuseini in Ejura in the Ashanti Region on Sunday 17th July 2022.

Alhaji Muniru in a speech on behalf of the former President described the late chief as a good friend and development oriented person.

The former Agriculture minister was accompanied by the Member of Parliament (MP) for Ejura, Hon Mohammed Bawa Braimah, the Ashanti Regional Vice Chairman of the NDC Alhaji Salisu, former Municipal Chief Executive for Asikore Alhaji Nuru Hamidan and the Constituency Executives of the NDC in the Ejura-Sekyedomase Constituency.

The family of the late Chief and the Dagomba community were very grateful to former President Mahama for sending a delegation to grace the occasion.

Meanwhile, a new Chief in the person of Sarki Sulemana has been enskinned as the Dagomba Chief of Ejura.