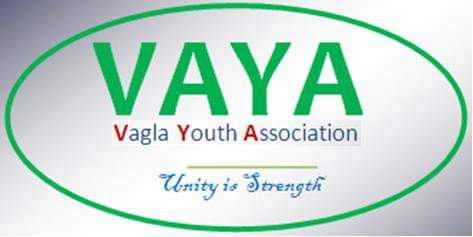 The Vagla Youth Association (VAYA) has urged the Paramount Chief of the Bole Traditional Area, Bolewura Sarfo Kutuge Feso (I) to tread cautiously on legal grounds for his intended decision to rename all communities with indigenous Gonja names and that the Bolewura’s actions should be based on the laws of Ghana and consistent with the traditions and customs of all the Gonja tribes in the Bole Traditional Area.

A letter copied to Bole based Nkilgi fm, dated 6th July, 2022 and signed by the President of the Vagla Youth Association Emmanuel K. Kungi said they consider this renaming as worrying because in the past some unilateral decisions were taken in which some native Gonja tribes’ towns names were changed or renamed to meaningless names in todays Bole Traditional Area.

The group said they find the directive a bit strange and uncomfortable and we wish to seek further explanation from you (Bolewura Sarfo Kutuge Feso I).

The Vagla Youth Association said they would like to know the meaning of settler communities in the Bole Traditional Area and which tribes constitute settlers and that is important for them to know the Bolewuras’ conception of settlers in Gonjaland.

Read the full letter below:

We, the Vagla Youth Association (VAYA) and in the interest of the chiefs and elders of the Vagla, Safalba, Choruba and Nomee communities wish to draw the attention of the Bolewura to a directive issued on the above subject or issue dated 5th July 2022. We found the directive a bit strange and uncomfortable and we wish to seek further explanation from you (Bolewura Sarfo Kutuge Feso I).

First, we wish to find out from you what you meant by this statement: to “renamed all communities with indigenous Gonja names and shall be pronounced and referred as such”. Our understanding of Gonja is that of the native tribes in a particular geographic area. The term Gonja was used to refer to these ethnic groups: the Ngbanya, Vagla, Safalba, Chorba and Nomee in the extreme Western Gonja area which falls in the current Bole and Sawla-Tuna-Kalba districts of the Savanah Region. Several historical records support this fact. So, we wish to know if the Bolewura directive is targeting all communities with the Gonja tribes’ names or not.

We consider this renaming as worrying because in the past some unilateral decisions were taken in which some native Gonja tribes’ towns names were changed or renamed to meaningless names in today’s Bole Traditional Area.

May we know if your directive is seeking to restore those original names in all the communities? Some of these affected communities in the past include Beel which became Bole, and Gindabol which became known as Jentilpe among others, which have no meaning in any of the Gonja tribes mentioned above. None of the native Gonja tribes has a name or a word like “Jentil” nor is there any native meaning to Bole today. So, we wish to draw your attention that such renaming needs a broader consultation with all the Gonja tribes (Ngbanya, Vagla, Safalba, Chorba and Nomee) in all the communities.

Secondly, the current land or areas were first occupied by the Vagla and their Associate tribes namely Safalba, Chorba and Nomee for over two centuries before the arrival of Ngbanya, now our sister tribe due to inter-marriages. This is supported by historical facts both written and the oral traditions of the Gonja tribes. But, the actions of the current Bolewura are trying to break up the unity, solidarity and co-existence that existed among the various Gonja tribes which formed the political union known as the Gonja State. We are by this, drawing your attention (Bolewura) to the rich traditions and customs of the Gonja tribes and we urge you to respect all the traditions and customs of all Gonja tribes without discrimination.

These Gonja tribes worked together in terms of nomination, installation as well as the burial of chiefs and worked together in times of war and troubles. We are urging you (Yiram Bolewura) to avoid divide and rule tactics separating one Gonja tribe from the other. Moreover, all lands in the current Bole Traditional Area have shared ownership among the Gonja tribes in every community held in trust by the chiefs (Ngbanya chiefs-Wura and the Other Gonja tribes chiefs-Koora, Safalnaanuma, Heuhina, Tingbani and the Sonyo Kuupo. This unity in diversity among these Gonja tribes is threatened by the actions of you (Yiram, Sarfo Kutuge Feso I).

A few months ago you unilaterally appointed Bole Lands Secretariat Board and deliberately ignored the other Gonja tribes’ fair representation of the land secretariat knowing for a fact that the land is owned by all and not only the Ngbanya tribe. These are bad precedents and we hope that you will do what the Gonja ancestors have done in maintaining the unity in diversity and avoiding the numerous divide and rule tactics among these other indigenous Gonjas.

Thirdly, we urge you to tread cautiously on legal grounds for the intended actions. The Bolewura actions should be based on the laws of Ghana and consistent with the traditions and customs of all the Gonja tribes in the Bole Traditional Area. Remember, in unity, we stand, divided we shall fall. It is our fervent hope that you will listen to our call for broader consultations with the Gonja tribes mentioned above.

Fourthly, we would be glad to know the meaning of settler communities in the Bole Traditional Area. Also, which tribes constitute settlers? This is important for us to know the Bolewuras’ conception of settlers in the land. If the settler communities are within the Gonja tribes you need to involve the Gonja tribes, especially the Vagla, Safalba, Choriba and Nomee chiefs and people. If you (Bolewura) conception of settlers is outside the Gonja tribes, it needs some consultations rather than a unilateral decision (to issue a fiat) and demand an immediate implementation.

Yiram, we are confident that you will use the privileged position justly and fairly and accord this rejoinder the urgency it deserves.

We thank you for the attention and look forward to hearing favourably from Your Royal Highness.

The Chairperson
Electoral Commission of Ghana