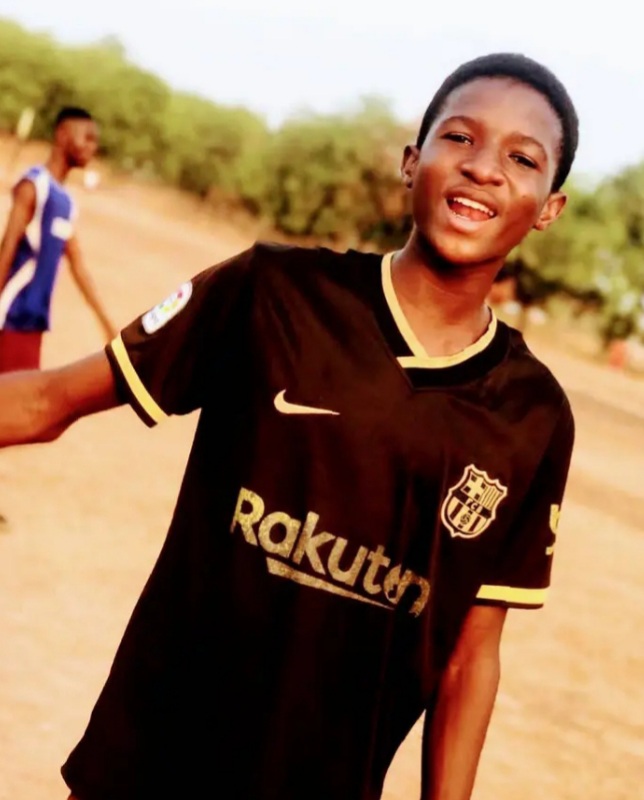 Bole is currently in a state of mourning as a handsome young boy called Mohammed Yahaya Iddi died on 9th June, 2022 after he was knocked down by a reckless motorking rider on 6th June, 2022.

Information available to Bole based Nkilgi fm indicates the rider of the motorking that killed Mohammed Iddi is a minor and was allegedly being chased by the police at night.

The rider wanted to to escape Police arrest and so run into Mohamed Iddi and his colleague who were standing on a narrow path injuring them severely and later resulting in the death Mohammed Iddi. The colleague of Mohammad Iddi is still at the Bole District Hospital and is in a critical condition.

Many who know the lively young boy Mohammed Iddi are mourning him since they think the boy’s life shouldn’t have been ended so easily.

Mohammed Iddi comes from one of the prominent homes of Bole. His father is a popular motor Fitter and his grandfather Saalawura Iddi was the protocol head of the Sarfope Chieftancy gate of Bole.

The Bole Police have in recent times decided to clamp down on minors riding tricycles and to also enforce the Bole Traditional Council’s ban on use of tricycles after 10:00pm.

Many residents of Bole keep complaining about reckless tricycle riding in the community especially by minors.

They said the laws must be enforced by the police especially minors operating tricycles.

The Paramount Chief of the Bole Traditional Area Bolewura Sarfo Kutuge Feso (I) in consultation with other stakeholders have put in place a ban on the riding of tricycles by minors and as well banned the riding of tricycles after 10:00pm afyer some unexplained murders and half burials of bodies but it seems some are not abiding by the ban as minors still ride without caution in town and also ride at night.

Meanwhile some others have said Opinion leaders interferences should also be looked at.

A resident of Bole Mohammed Alhassan said; “Our leaders, both traditional and formal needs sensitization on the need to ensurr certain laws are enforced to the fullest for our own good”.

He added; “Children at age 10 riding tricycles for economic gains, what work can they do when they are above 18 years and don’t have access to work? It’s really painful loosing such a young and promising life”.