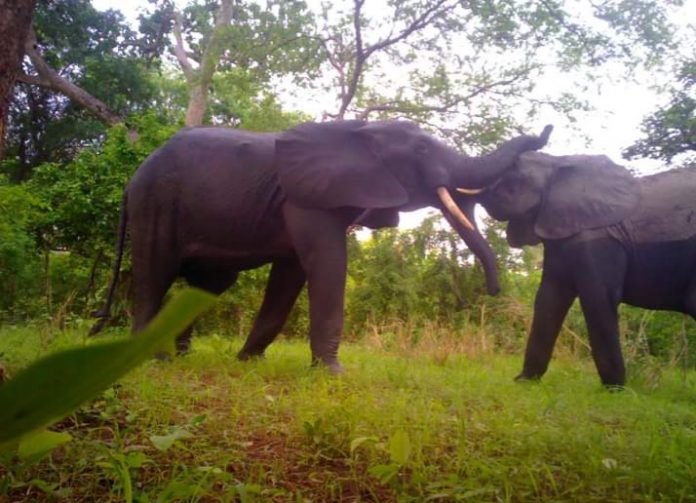 The Park located within the Savanna land tourism destination area is managed mainly for its outstanding natural, physical, historical and cultural values and it covers an area7 of 4,577 km2 of fairly undisturbed Guinea savannah in the northern part of Ghana.

Mole is rich in biodiversity and home to some 742 vascular plant species, over 90 mammal species including 5 primatespecies, of which species of conservation and tourist interest include Elephant, Buffalo, Kob, Western Hartebeest, Roan Antelope, Defassa Waterbuck, Oribi, Bohor Reedbuck and Red-flanked Duiker.

Rare and endangered species include the Yellow-backed Duiker, Black and White Colobus Monkey, Leopard and Lion. The Park is also home to 334 bird species, 33 reptiles, 9 amphibian species, and some 120 butterfly species.

Mole is one of seven National Parks in Ghana and the other wildlife estates include six Resource Reserves, two wildlife sanctuaries, one Strict Nature Reserve and five Ramsar sites, managed by the Wildlife Division of the Forestry Commission of Ghana.

This area of Ghana receives over 1000 millimetres per year of rainfall.

Delay of the rains before every rainy season is always a worry to Management of the park since the rainy season brings up life in the park.

The rainy season this year (2022) has come early at the Mole National Park.

The vegetation at the Park is starting to look beautiful and green, and there are pools of water everywhere with the rivers flowing and flowers blooming.

A first photo shared by the Mole Park is a Roan Antelope (Hippotragus equinus) having a bath in one of the creeks of the park.

A second photo shared is a new born elephant just after her first mud bath with her mother.

A third photo shared is a red flanked ducker (cephalogus rufilatus) and her calf enjoying the first grass after the rain.

A fourth photo shared is a happy elephant enjoying the rain season in the Mole National Park.

Another photo is Water bucks (kobus ellipsiprumnus) starting to give birth.

Playful elephants after a good swim is another photo shared.

Management of the Mole National Park have indicated this is a great time to visit the park.