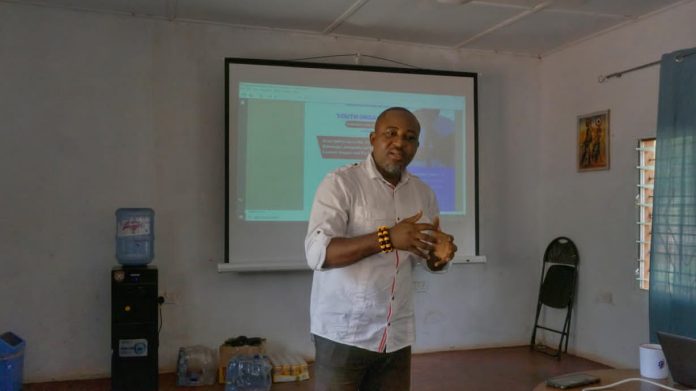 The participants were mainly delegates of the NPP made up of Electoral Area Coordinators and selected Polling Station Executives in the Constituency.

The participants were taken through intensive yet interactive knowledge-sharing encounters in Political Communications.

The use of appropriate and modern Strategies and Tools to win an election or promotion government achievements were discussed.

The concept of developing a strong sense and desire to project and promote the NPP and governments efforts voluntarily by every grassroot representative was also discussed.

In a short address before the workshop commenced Mr Saeed Benjamin Wedjong indicated that the best ways to amplify government achievements at the Grassroot was to activate and engage Polling Stationu Communicators.

He added that political Commentators for so many years now have always engaged in noisy debates and arguments on Radio and Television, which has become basic and boring. He believes that communication should be taken directly to and from the grassroot.

The 2-day seminar was fully funded by Master Ben and his team. The Consulting Organization which facilitated the seminar was iValley Ghana.