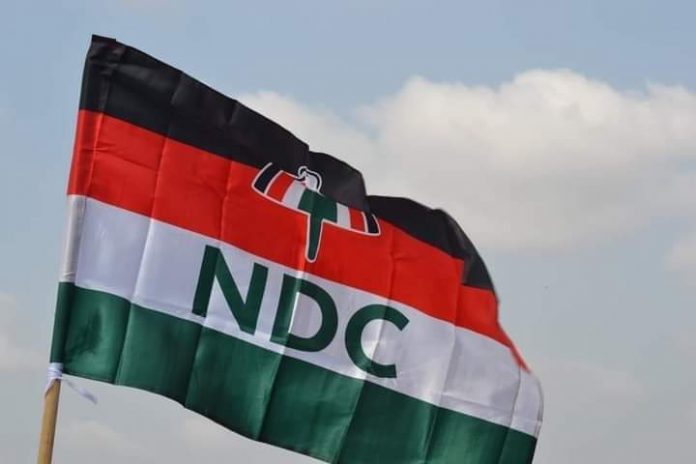 The National Democratic Congress (NDC) in the Daboya Mankarigu Constituency of the Savannah Region has issued a statement on a video making rounds in which the Member of Parliament (MP) for the area
Hon. Alhaji Asei Seini was heard saying that the road network of the constituency especially Busunu to Daboya and many others have been fixed by President Nana Akufo-Addo.

The statement dated 19th March, 2022 and signed by the NDC Communication Officer for he Daboya- Mankarigu Constituency Abdulai Sulemana, from said;
“We did not only see this as a blatant lie by our Hon Member who should have known better but also an insult to the good people of Daboya Mankarigu”.

The statement went further to state that”; To set the records straight, the Busunu- Daboya -lingbinsi road was awarded to two construction firms, that is Logistics Support Services (LSS) and Limerica Construction limited in 2015″.

The NDC statement stated that the contract was solely a Government of Ghana (GOG) funded project which was meant to open the district up for business and economic activities.

Abdulai Sulemana said the Mole river which is between Busunu and Daboya was earlier in 2011 awarded to a contractor for bridging and the two contractors were immediately resourced and by December 2016, the entire road network from Busunu to Daboya was gravelled and even portions of it, that is, from Busunu to Langantere got tarred and after till date not an inch has been added by “this inept and clueless government” and

According to the NDC due to the seriousness the then government has on the contract, the river was fully fixed in 2016 before NDC exited office and the remaining portion of the road that is from Lingbinsi to Mankarigu was equally awarded to two contractors but the “wicked Nana Addo government came and halted the construction for three good years” in the name of needless auditing, where till date no report what so ever has been produced to show any findings.

The NDC said they were expecting to hear from their MP is the status of work at the Daboya river, of which wthey were told by the Vice- President Dr. Mahamudu Bawumia that construction work of the said river was to commence in June or July 2021.

The statement said;
“As we speak nothing of that sort is happening at the side of the river and several efforts has been made by NDC communicators to push Hon. Alhaji Asei to prompt Dr. Mahamudu Bawumia to fulfill his promise to the people of Daboya but to no avail”; the statement added.

The NDC further explained;
“In the said video again, the Hon MP is heard saying feeder roads in all zones are being worked on but he couldn’t mention just one road that is being worked on and the level of completion. This goes to show how he is desperately trying to put dust into the eyes of Ghanaians just to remain relevant to his dieing government.

“Secondly, the good people of Daboya Mankarigu were expecting to get an update about our district hospital which is part of his government agenda 111 of which work is yet to commence and not such lies coming from a Hon. member like him.

“Thirdly, the people of our constituency will be grateful to know the contractor of Bawenna road. For the fact, we are reliably informed that the said contract was given to him to enable him get more resources for his election 2020 campaign which he has since abandoned after winning power.

“Again, in his video making round, Hon. Alhaji Asei has mentioned that our constituency has only 9 streams but he has failed to mention where those streams can be found? In the Mankarigu zone alone, we can count not less than 8 streams, thus Mankarigu to Ziepe alone has 4, Bugsah to Sag’ya 1, Yagbon to Kparia 1, and Mempeasem to Bombo 2.

“As a matter of fact, none of this streams are under construction and we can pardon him because he is an armed chair MP.