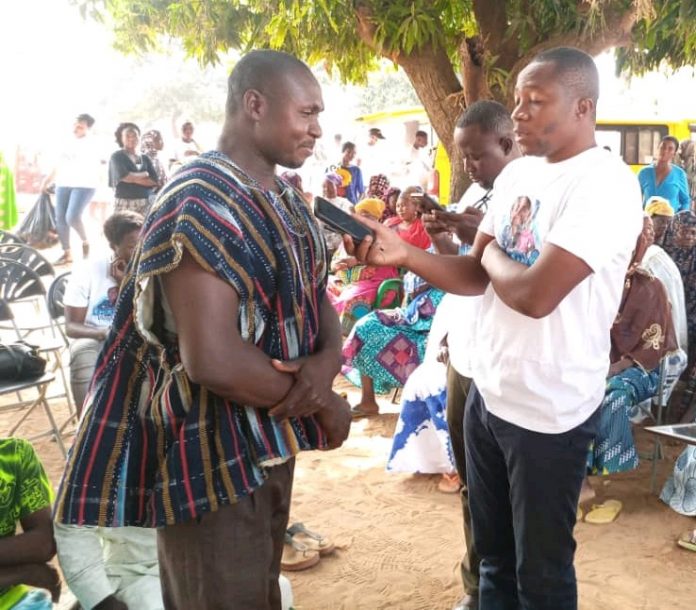 The Assembly man for the Kafaba Electoral Area in the East Gonja Municipality of the Savannah Region Hon.Yussif Mutala has disclosed that his electoral area is without a police post and that the unfortunate incident in the area that led to the lynching of the late 90 year old Akua Denteh would have been avoided if there was a Police Station in the area.

On Thursday, 23 July, 2020, a 90-year-old woman, Madam Akua Denteh was beaten to death in broad daylight at Kafaba near Salaga in the East Gonja Municipality of the Savannah Region creating a hysteria and public outcry.

The Assemblyman said several issues of armed robbery and other social vices taking place in the area will come to an end if the a police post is established in the area.

According to the Assemblyman, the former Minister for Gender Children and Social Protection Madam Cynthia Morrison during a visit to the area following the lynching of 90 year old Akua Dentah assured the community that the road network and other challenges put before her by the chief of the area would be attended to but nothing has so far been done about the situation.

Hon.Yussif Mutala also appealed to the government to work on the Salaga to Kafaba road.

He said his predecessors have made several appeals to the government but that has yielded no response to their plea.

The Kafaba Assemblyman said the road network of the area is affecting the development of the area as it is difficult accessing the community.

Some residents who spoke exclusively to Bole based Nkilgi FM also described the road as a death trap that needs immediate attention from the government.

The Assemblyman for Kafaba further appealed to the government to put up a clinic for the people of his electoral area since accessing health care in the area is another big challenge as the entire area is without a health center.

He said Women and children in the area accesses health care in very far distances from the community which needs agent attention.