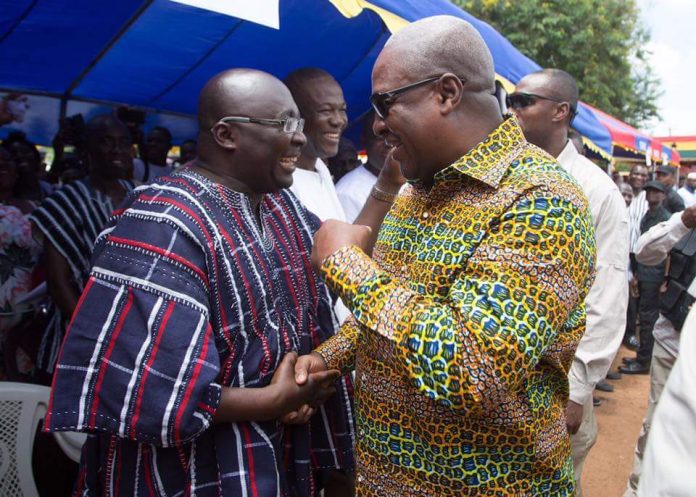 A Media Consultant, Mr Raymond Ablorh, has said that Mr Mumuni Bawumia who is father of current Vice-President Dr Mahamudu Bawumia reported E.A. Mahama who is father of former President John Dramani to Dr Kwame Nkrumah that he (EA Mahama) had taken a generator meant for the entire Northern Region to his house at Bole.

In write up on his Facebook timeline urging New Patriotic (NPP) members to stop what he said is the “Dombo argument”, Raymond Ablorh said; “In Nkrumah’s CPP, it’s Mumuni Bawumia who reported John Mahama’s father, E.A Mahama then Northern Regional Commissioner to Nkrumah that he had taken a generator meant for the entire Northern Region to his house at Bole to incur Nkrumah’s displeasure”.

According to the Media Consultant; “Later after Nkrumah relieved Mahama’s father (EA Mahama) of his post he realised it wasn’t true and made him a Minister again”.

K. B. Asante who passed in January 2018 was a Ghanaian diplomat, writer and politician and was the Secretary to Ghana’s First President Dr Kwame Nkrumah.

Raymond Ablorh further said if it is about the Northern People’s Party (NPP)’s Dombo, Jato Kalio, Abaefa, Amandi and others, then, Muhammadu Bawumia is not from the Dombo tradition.

Ablorh stated, “After the 1966 coup, Mumuni Bawumia turned from Nkrumah to join governments that came after him as an innocent man. He did that till he entered John Rawlings’ administration to become a member of Council of State.

According to the Media Consultant “When Kufuor became a President, Mumuni Bawumia went to him in the company of Boniface Abubakari to tell him he’s still strong to work with his government. But, the wise man denied him that opportunity”.

He added;
“If I’m lying, Boniface Abubakari and John Kufour should deny what I’m saying. I’m not like Bawumia to lie. Had Rawlings heard that Mumuni Bawumia went to Kufuor seeking to work with him, he would’ve been very amazed”.

Raymond Ablorh wrote;
“In fact, it’s because of Mumuni Bawumia’s opportunistic tendencies, he’s nicknamed Maggi Cube. He’s good for every political soup and enjoyed where the sweet was. So, until Bawumia was announced the Vice President of NPP, many party faithfuls didn’t know him as a dedicated member and he wasn’t.

“He has no roots and constituency in the NPP.

“Akufo-Addo just decided to choose somebody from outside to take advantage of and use to scam Ghanaians to achieve his parochial interest and he’s available.

“It’s the same way he placed Freddie Blay, a red cockerel on top of the neck of the elephant thereby giving the elephant a cockerel head after clearing Afoko for trying to stop his family from abusing the party finances.

“So, stop this Dombo argument. The real Dombo in the NPP may not speak but this is the truth”.

The Media Consultant stated; “I’ve a problem if NPP presents Ghana a shameless liar, untruthful, dishonest, inconsistent and unreliable person as their candidate to compete with John Mahama who we rejected in 2016. That may help John Mahama to win”.

According to him a fresher, honest, truthful and reliable personality is what could help them (NPP) and Ghana.