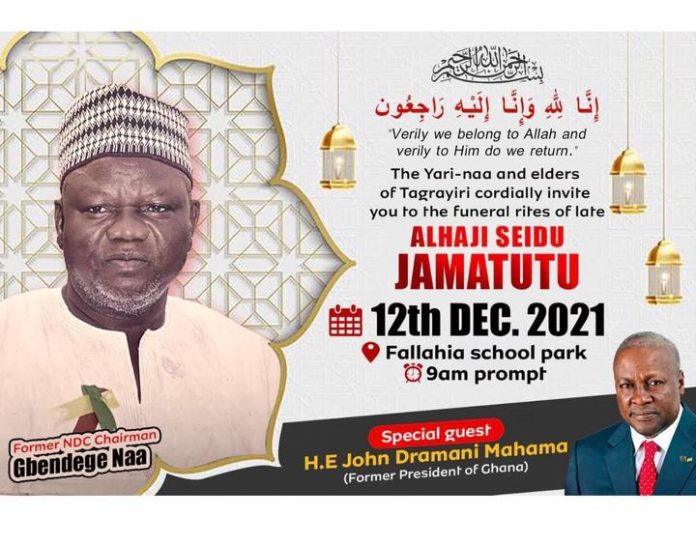 Former President John Dramani Mahama will be in Wa, capital of the Upper West Region tomorrow Sunday 12th December, 2021 to attend the final a funeral of the late Constituency Chairman for Wa Alhaji Seidu Jamatutu who passed on about a week ago.

The funeral will take place at the Fallahia Park in Wa.

Former President John Dramani Mahama is expected to be present alongside other National Executives and Upper West Regional NDC Executives to bid their former chairman a farewell.

Alhaji Seidu Jamatutu was an influencial member of the NDC becoming the Wa Central Constituency Chairman in 2002 till 2018.