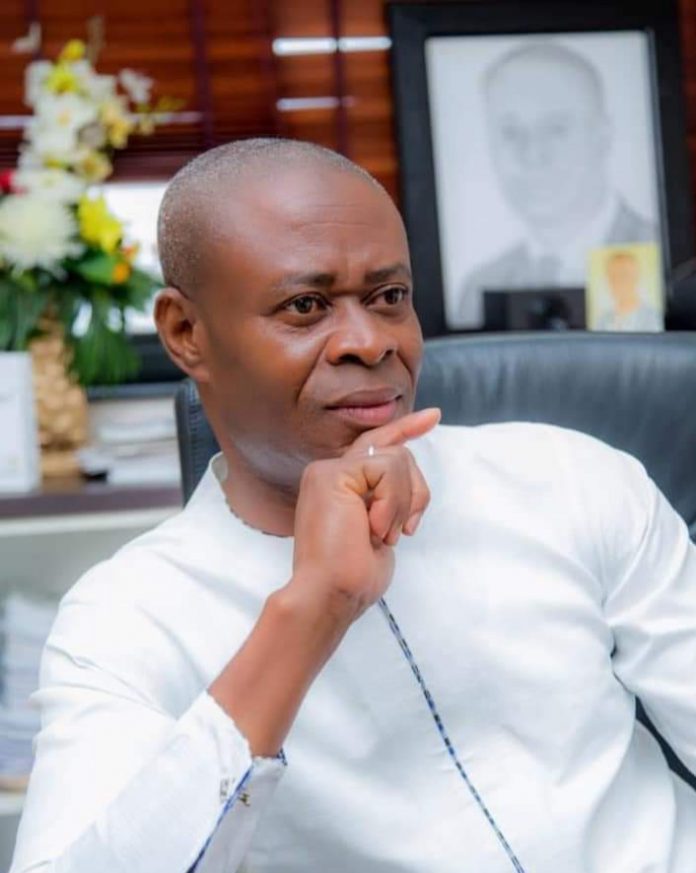 The Member of Parliament for the Bole-Bamboi constituency of the Savannah Region Alhaji Yussif Sulemana has commended officers of the Police Intelligence Directorate (PID) at the Headquarters, Accra for taking the fight to Armed Robbers in his constituency.

“On behalf of the people of the Bole-Bamboi area, I commend the police team from the PID for taking the fight to the robbers and for utilising intelligence and informants and I also encourage them to continue this worthy cause and assure them of my full support”; the Bole MP said.

Hon Alhaji Yussif Sulemana in brief statement on 26th October, 2021 and copied to Bole based Nkilgi FM also stated; “I have become aware of reports of the activities of a team of officers from the Police Intelligence Directorate (PID) from headquarters in the Bole and adjoining areas. The team were following intelligence in respect of the growing incidents of deadly armed robbery attacks in the area”.

Hon Alhaji Yussif also stated; “My information is that, aside engaging some suspects directly and in the process killing two (2), the team also managed to elicit vital information on the ring leaders and members of these deadly groups”.

According to the MP for Bole-Bamboi Constituency the incidence of armed robbery in the Bole and adjoining districts has been on the ascendancy and the situation has become so desperate and urgent not only because of the increased spate but the increasing violence that now attend these reported cases torcing residents in to live in fear.

“Specifically, in 2020, there were 7 murder cases in the district. In the first 5 months of 2021, the district witnessed 6 murders and 6 armed robberies. A clear ascendancy in the number of cases”; the MP said.

Alhaji Yussif further said; “Accordingly I have had a number of engagements with the District Police Command to find lasting solution to this canker. I am therefore glad about the renewed interest in this matter by the Police Service, especially headquarters”.

The people of Bole-Bamboi constituency have heaved a sigh of relief after Bono East Region Police who were escorting two armed robbery suspects on 20th October, 2021, to a location of other armed robbery accomplices hiding weapons near Bole in the Savannah Region exchanged fire with the suspects, after they (armed robners) open fire on the police while on a footpath to retrieve some weapons.

The police returned fire and in the process bullets hit suspects from Sawla called Iddrisu and Dramani Iddi from Bole who fell and bled profusely and later died at the Jemma Hospital in the Bono East Region.

The other suspects including Ali Igudu from Sawla however managed to escape into a nearby bush.